PERTH Glory boss Ali Edwards has been sacked by the club effective immediately amid a flurry of allegations and accusations.

The axe came in the fall out from the weekend's row with benched skipper Jacob Burns, which saw Edwards skip the post match press conference after their 2-0 loss against Melbourne Victory.

Edwards is understood to have been axed by owner Tony Sage after the Glory chairman had engineered a peace deal between the two.

Sage claims he had got Burns to apologise to the coach - but Edwards had then insisted the skipper's contract was either terminated or he be stripped of the captain's armband.

"The board was not willing to accept that demand," Sage told SBS.
"We are not in the business of switching captains mid-season, especially when the two names put forward by Alistair to replace Jacob would not have taken the job because they support Jacob's position at the club.
"We were left with no option as a result of the coach's demands to terminate his contract and will hope to have an interim coach in place for Sunday's game against Adelaide United.
"It's a shame it has come to this because I was confident that the dispute had been settled after a series of meetings with the players and the coach.
"But Alistair was not willing to compromise when it was him who sanctioned Jacob as captain in the first place when he took charge at the club."
He added: "People have said it's been all about him signing and picking his sons ahead of others but it's also been about how he relates to the players, and yes, the fact that he has consistently used Cameron off the bench ahead of others.
"And why certain players have been taken off in the first place."
Sage said a former Glory assistant coach would be given a caretaker coaching role until a permanent appointment was made in the coming weeks.
A statement from the club tonight added: "This afternoon, Alistair Edwards was informed by Perth Glory that he is no longer the Head Coach of Perth Glory and that his contract is at an end.
"As has been reported,  in the Perth Glory change rooms following the match against Melbourne Victory on Friday 13 December 2013, differences of opinion were voiced by a number of players and coaches.
"Perth Glory CEO, Jason Brewer, who was not in Melbourne on Friday and has since been in ongoing communication with Alistair, players and staff of the football department in an effort to find a constructive way through the differences of the various parties. Regrettably that was not possible."
The statement added that Glory Chairman Sage said “It is extremely disappointing that this has played out in such a public manner, however as a club we needed to be considered  in our analysis and prompt in our response.
“Our review of what occurred on Friday and subsequently in the media, was not conducted to apportion blame or seek recriminations, but rather to identify the cause of the issues and to identify and to seek to implement a range of measures to improve performance and player management/best practice.
“In my view the measures were capable of being successfully implemented, which would ultimately improve the club. Alistair was unwilling to implement each of the measures required of him by Perth Glory, and as such he is no longer employed at Perth Glory.”
“I am disappointed in this outcome, as we tried at all times to find a workable compromise, but ultimately the best interests of the players, staff, fans, sponsors and business partners of Perth Glory Football Club are my primary concern, and always will be.
“I thank Alistair for his contribution to Perth Glory Football Club and wish him all the best for the future.”
Kenny Lowe, a former Glory assistant, is the early frontrunner to lead the club on an interim basis.
Chris Coyne, Graham Normanton and ex-Glory coach Mich d'Avray, who guided the club to back-to-back NSL champions in 2003 and 2004, are also tipped to be in the running for the permanent role. 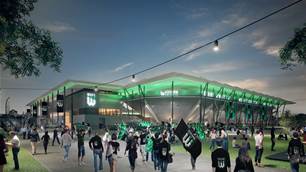 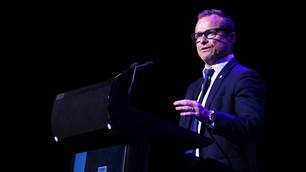 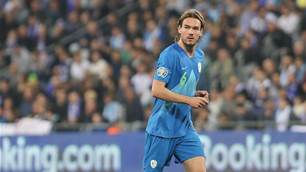