Seven-time Socceroo Oliver Bozanic believes his international career isn't over if he can find regular football and form with Scottish club Hearts.

The 29-year-old midfielder, who played for Australia at the 2014 World Cup in Brazil, joined Hearts from Melbourne City in June.

Since the move, Bozanic has only managed four appearances for Hearts - mostly in the League Cup - with the club flying in the Scottish Premiership with four wins from four games to sit top.

Bozanic is hopeful that if he can break into Craig Levein's side, like compatriot Ben Garuccio, he can return to the international scene, having last represented Australia in March 2015.

“Once I’m established in the Hearts team, that’s where I want to be,” Bozanic told the Edinburgh Evening News.

“I definitely want to be back in the national set-up.

"That’s a dream and one of the big reasons I came across to Hearts.

"To be back in Europe, playing in a top league and to be available for my national team.” 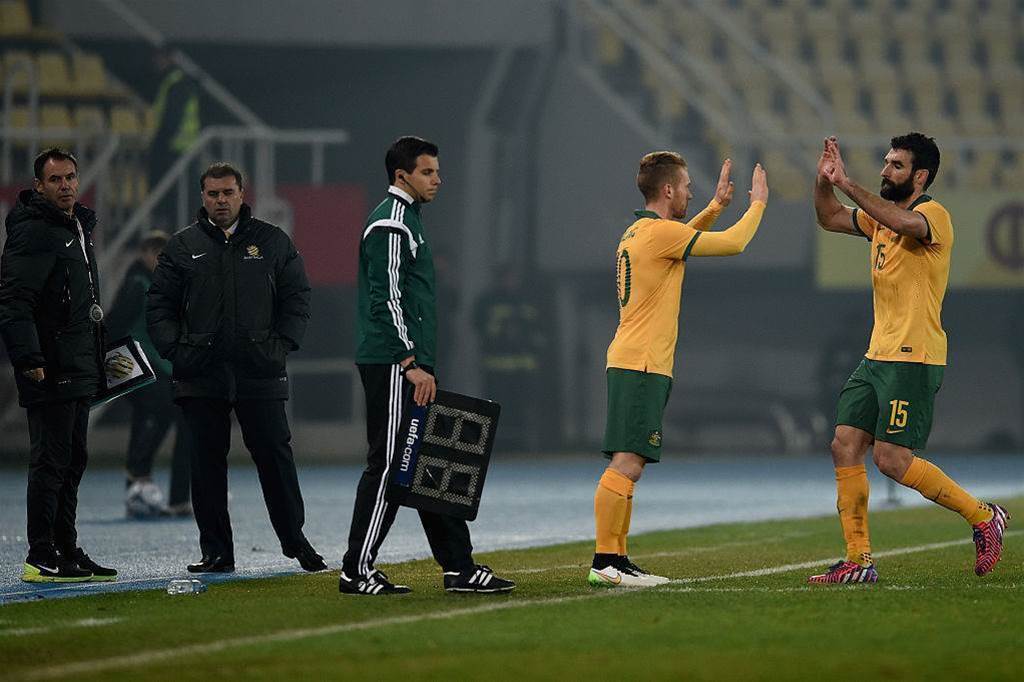 Bozanic's cause to push for game-time may be aided by the belated arrival in Edinburgh of wife Felicity and daughter Isabelle on Sunday after visa issues.

"These are big things when you are settling in to a new city," Bozanic said.

"It’s your family so it’s great to have that all sorted and look forward to hopefully being part of the team and playing my part even more.”

Bozanic, who has signed a two-year deal, is determined to break into the Hearts midfield and is undeterred by another Aussie, Ryan Edwards, opting to leave on loan due to the competition in the position.

“My main objective is to be in the team playing,” he said.

“The boys are doing fantastically at the moment, we’ve won every game, so I just need to do everything I can to keep on the toes of everyone and prove that I should be playing every week.

“It’s great to see the team doing so well and I feel a part of that – it’s a team effort – but like any player, I want to be in the side and that’s my main objective."