Brandon O'Neill has declared his ambition to captain Sydney FC and his goal to reach the 2022 World Cup squad following a shift in gear after his Socceroos debut against South Korea.

O'Neill arrived at Sydney FC a fresh-faced 22 year old with only 17 A-League appearances to his name.

Five seasons later, the Perth born midfielder is a Socceroos international and as one of Sydney FC's most influential players, is ready to take the next step in his career.

Sydney FC is going through a period of relative change. Their most successful coach Graham Arnold passed the torch to his apprentice, Steve Corica.

Another changing of the guard happened on the field with Alex Brosque hanging up his boots at the end of last year with Alex Wilkinson taking the armband. But O'Neill believes he's ready to to be next in line for the illustrious captaincy.

"I'd love nothing more than to captain this club," O'Neill told FTBL. "This club is my home, this club gave me the platform to be the best person and the best footballer I can be.

"I want to be the most successful player here ever, I want to play the most games for Sydney FC, I want to do it all here.

"I know that i'm happy and my family is happy here, these lads and this club will be a part of my family for a long while." 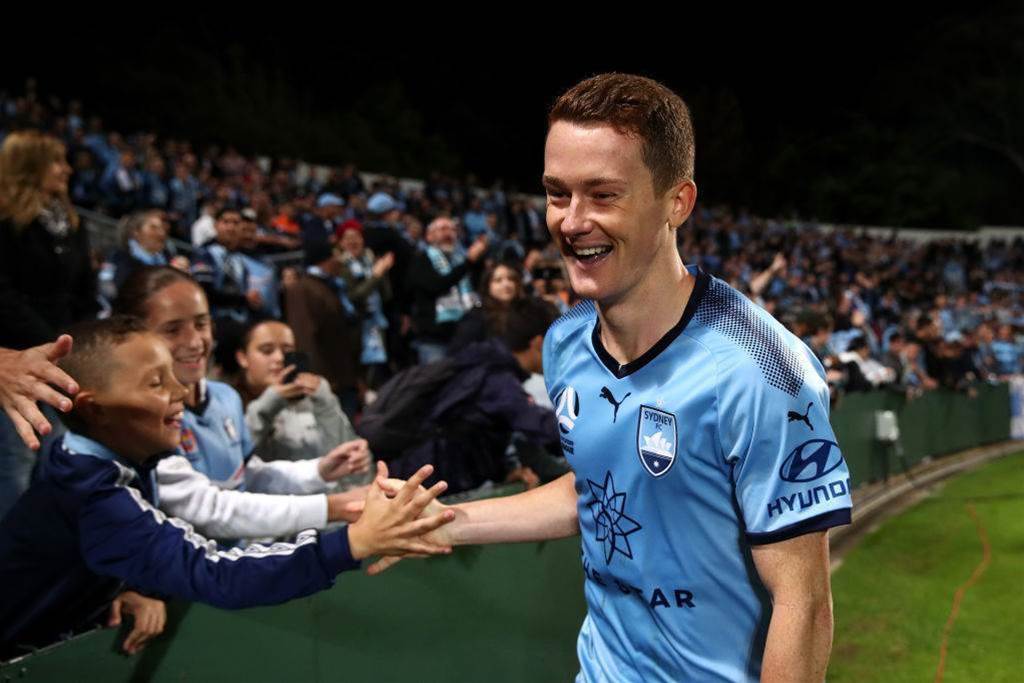 O'Neill has become a fan-favourite in his time at Sydney FC Image: Getty

O'Neill said that a few things changed when he pulled on the green and gold against South Korea. His expectations went through the roof.

Now, as he has elevated to a senior role in the team, he's focused on stopping at nothing to get the best out of himself to one day play at a World Cup.

He'd do anything to work with the man that moulded him into the player he is today, Graham Arnold.

"There's no secret that Graham and Steve [Corica] have shaped me into the footballer I am today," O'Neill said.

"I need to be obsessed with getting the best out of myself. What I control is the way I train, the way I recover, the way I sleep and the way I eat.

"If the opportunity arises again to work with Arnie i'll take it with both hands."

O'Neill was man of the match for Sydney FC, scoring and assisting in their 2-1 win over Wellington Phoenix last Sunday.

The 25 year-old knows that it'll take more performance like that to keep his name on Arnold's Socceroos radar during World Cup Qualifiers.

Australia is blessed with an abundance of gifted midfield players, with names like James Holland in the Europa League, Zach Duncan in Denmark and Kenny Dougall knocking on the door in the UK already making a case for the Socceroos.

"If I was to get onto that plane to Qatar that means i've monitored and controlled myself to the best of my ability, and I'd be one happy chappy."