Some excellent stops by the Chelsea number one boosted morale and kept Belgium's lead, most notably from Neymar's stoppage time effort on the edge of the box. An enthralling performance by the 26-year old giant.

The prospect of Neymar and Marcelo may have gotten to Alderweireld but last ditch defending made him look like a hero.

A warrior in the centre of a back three, Kompany had one of his best games for his country. His front post run at Nacer Chadli's corner dragged Jesus and Fernandinho into all sorts as it came off the Brazilian midfielder into his own net.

Some extraordinary tackles, clearances and blocks inside Belgium's penalty area kept Brazil scoreless as they bombarded the Belgian box.

Under some serious pressure all night as the two man army of Neymar and Coutinho hounded the PSG full-back when he was in possession. Always wanted to get involved in the attack and with him in tow Belgium are even more dynamic going forward.

In all sorts defending one-on-one with Philippe Coutinho's dazzling feet square of Belgium's penalty area. Once Witsel came to help Belgium looked much more comfortable defending at their front door. 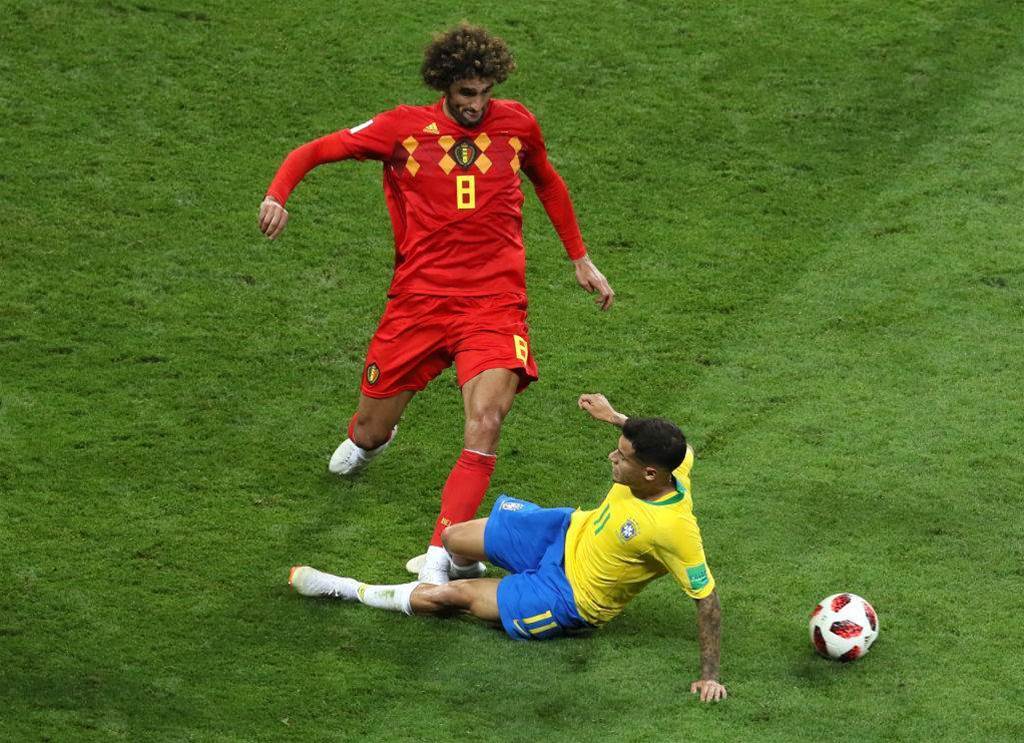 Some were skeptical about Witsel's partnership with Fellaini but tonight proved Roberto Martinez has crafted something special. Centrally Belgium conceded next to no chances forcing Brazil wide.

A phenomenal game from the Red Devil's lynchpin. He threatened with his passing all night and his powerful finish for the second goal was nothing but class.

GOOOOOAAAAALLLLL! 2-0 thanks to a wonderful strike from Kevin de Bruyne! Another counter-attack from another corner leads to an important Belgium goal! #WorldCup #BRABEL pic.twitter.com/1wan9dRmDc