Melbourne Victory interim-Head Coach Grant Brebner has praised the leadership role Marco Rojas has taken up during his club's stay in their NSW-based hub, while also seeking to temper the fanfare surrounding one of his brightest young stars.

But one by one, that quintet – as well as Kurz – has been whittled away; the ever-reliable Broxham now the last man standing.

The resulting dearth of leadership was one that club legend Grant Brebner noted when he took over the role of interim-Head Coach ahead of the competition's resumption post-pandemic break.

“That was one of the things I identified that we do need – to get some leaders into this squad,” Brebner told journalists on Tuesday. “And we also needed to poke some players to come out of their comfort zones.

“When we talk about leaders, it’s not all about the bravado and shouting in the tunnel getting players up for a game.

“Certainly Marco [Rojas], we see that his performances have been great, but he’s one that I’ve been working with and talking to a lot. When we talk about a leader, he’s certainly someone that’s having a lot of one on one conversations with young players, almost like a mentorship with some of the young players.

“We spoke early doors in the previous hotel about what he can do to develop his leadership. And certainly, his mentoring of the young players – Josh [Varga], Lleyton [Brooks], Birkan [Kirdar], Aaron [Anderson], Luis [Lawrie-Lattanzio] – is invaluable.

“He seems to have really warmed to that; having lots of conversations and taking them under his wing. It’s a different type of leadership, but certainly a valuable one.” 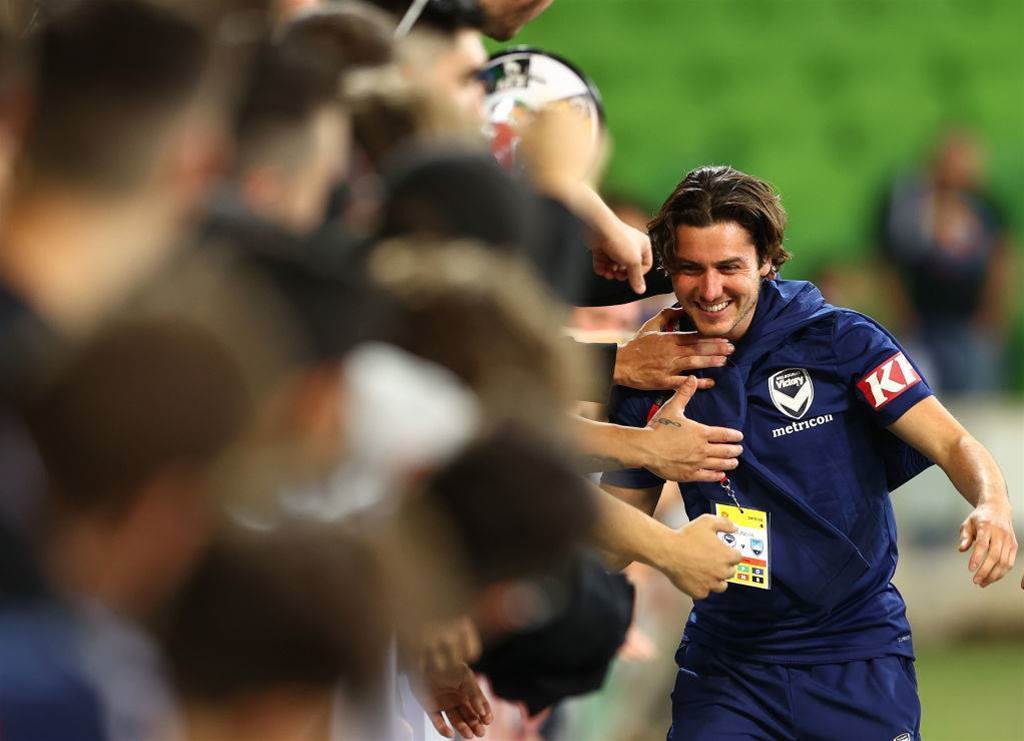 One of Rojas’ mentees, Kirdar, has come into his own since given an opportunity by Brebner on Victory’s run home, impressing Victory fan and neutral alike with skills and a willingness to embrace risk that belies his tender age.

Having worked with the youngster while a coach in Victory’s academy setup, Brebner is well aware of the capabilities he can bring to the field – but cautioned about attaching to much hype to a limited number of appearances.

“I’ve known Birkan for a while now, and I know what buttons to press with him,” Brebner said.

“I know that he won’t necessarily get ahead of himself, but he is a confident young man and while I love that, I also need to keep it in check.

“Because one of the big things that I keep mentioning to them over and over and over is that if there’s a period of ten games, I need to see players performing for at least 80% of them, eight games out of ten, at a high level - we can talk about the two where we didn’t.

“I wouldn’t want to think that players would come in and play well for a couple of games out of ten, have eight not so good games and then live off the two games. That’s something, not Birkan, but certain players can get into the mindset where they can live off a game a few weeks or months ago.

“So, he’s played well, but judging him on what type of player he’ll be will be over a consistent level of games. He has another opportunity against Western Sydney to show what he can do and what I know he can do.”

Victory will conclude their season on Wednesday evening when they take on Western Sydney Wanderers at Bankwest Stadium. It's a fixture that carries little meaning for either side, with both having already been mathematically eliminated from finals contention already.