The FFA announced earlier on Tuesday that Victory would be first out of the gates when the A-League returned from its COVID-19 enforced hibernation in mid-July; the club set to clash with Western United – potentially with fans in the stands – at AAMI Park on July 16.

Dependent upon restrictions surrounding state borders and other health advice, Victory could then play out the rest of their games in a New South Wales-based hub or play home and away for the remainder of the season. 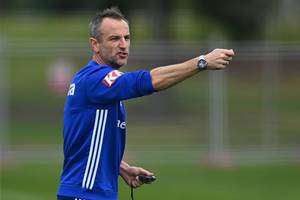 Regardless of what format their season takes, though, Brebner says that he’s hoping to return the club to what he sees as their roots.

“I’m talking about years of this club being built on certain things,” he said.

“We talk about Ernie Merrick in the early days, Ange Postecgolou and Kevin Muscat. The foundation.

“Win, lose or draw; the foundations for our performances are attacking and entertaining football and I think, it’s just a personal view, I don’t think that was our mantra this year.

“I don’t think we set out as much to get that entertainment factor, so in the short period of time that I have in talking to the players that’s going to be our goal, to bring a little bit of entertainment back to the crowd and win some games along the way.”

As part of this return to basics, the Victory coach also said that every player that returned to Victory training on Tuesday – minus Ola Toivonen who signed for Malmo in his native Sweden – had been handed a blank slate.

And while Victory’s interim boss did admit that the contract status of players such as James Donachie – who has already been confirmed to be moving to Newcastle next season – would play on his mind, it wouldn’t mean that they would be discounted for selection.

“As I stand here now and as the weeks go over, we’ll be starting to look at a starting XI,” Brebner said.

“But there’s going to be a real opportunity for all players to showcase their talent for a new coach.

"There will be nobody, as of today, guaranteed a place in the starting XI. It will be how they work, not just on the park but off the park – because there’s a cultural aspect that we want to bring back.

“They’ll all be on short leashes, there will be consistent messages around train hard, off the pitch your focus and drive and discipline; all the factors I’m talking about getting to the standards we had.

“If they’re all at a high standard you’re at a better chance of playing than not." 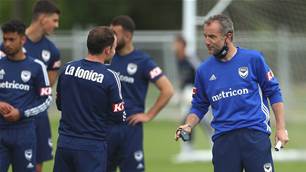