New Sydney recruit Josh Brillante has lifted the lid on his "very difficult time" after his dream move to the Serie A with Fiorentina.

Brillante was one of coach Graham Arnold's key signings for this season and lured him back from Europe to bolster the sky blues' backline.

And in the new issue of FourFourTwo - including a 70-page preview of the new A-League season – Brillante reveals his torment at being sidelined after just one bad pass.

"Going over there, I really didn't know what to expect," he tells FourFourTwo. "I did everything I could in training and it was all going great.

"Manager Vincent Montella played me in the first game which I didn't expect at all."

But in the early stages of that debut game against Italian giants Roma, Brillante misplaced a pass which led to Fiorentina conceding a goal.

As 35 minutes came up on the clock, Brillante was substituted...and his Italian career was all but over before it had even begun.

"The way it all unfolded was a bit difficult," says Brillante on the eve of the A-League season's start. "I mean, I didn't think it was anything personal – he's got his job to do.

"But being a young  player in another country and not speaking the language – I think kind of made it a bit easier for him to make that decision.

Read the full interview in the bumper A-League preview special edition of FourFourTwo, on sale in newsagents now, with every A-League club analysed, star players interviewed, coaches assessed and Fox Sports Simon Hill gives his prediction where each one will finish the season – and why.

Also, FourFourTwo goes inside the Reds Revolution that swept Adelaide to glory last season, Harry Kewell tells us the games that changed his life, and Ante Covic recalls the great save of his career.

Plus we name the top 10 talents that should be in the A-League, plus eight stars who should consider coming home. We spotlight 20 reasons you'll be glued to the A-League this year...and our panel of experts tell us the 20 ways they'd fix the the competition!

Archie Thompson also tells us how leaving Melbourne Victory broke his heart, and we talk to fans about where next for Fan Power after last season's boycotts and peace deal.

All this and much much more in the new issue on sale in newsagents now or delivered to your door (before anyone else if you are a subscriber), and online AT CUT PRICE from iTunes, plus Google Play and Zinio too! 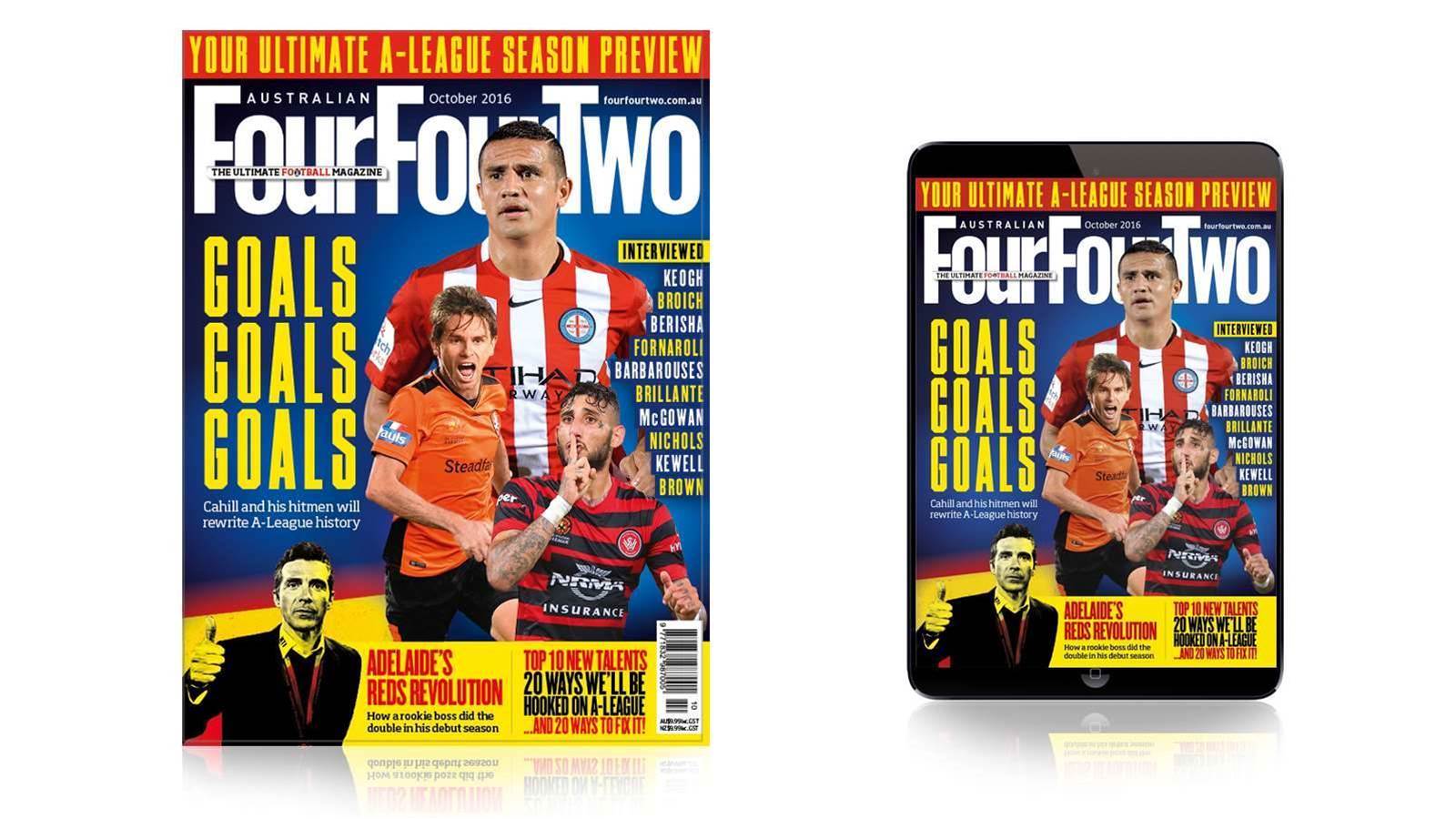