The Aussie joins a club that in four seasons have risen from the third division of Polish football to finish second in the Ekstraklasa, win the Polish Cup and qualify for Europe.

The 18-year-old centreback is already in Poland and started training with the club twice daily this week, with the length of his contract unrevealed at this stage.

Courtney-Perkins moves to Rakow, which is based in far southern Poland not too far from Krakow, after just eight A-League games totalling 400 minutes of action for the Roar this season.

He's also represented the Joeys at youth level, most notably at the 2019 U/17 World Cup, impressing greatly as Australia made the Round of 16.

Rakow are a new force in Polish football, coming from a tiny base but with a huge amount of recent investment into the club. As a result, Courtney-Perkins will be playing alongside a plethora of Polish and Czech internationals next season.

Rakow won the Polish third division in 2016/17, then were promoted to the Ekstraklasa after winning the second tier in 2018/19.

In 2019/20, the club finished top of the relegation-round in sixth place, and then shot straight to the top of the Ekstraklasa last season and eventually finished second. To cap off the incredible rise, Rakow also won the Polish Cup last season.

They'll now play European competition next season as the club seeks to raise its UEFA ranking to entrench itself in the Europa League.

Courtney-Perkins' first matches for the club will be high-profile friendlies against Shakhtar Donetsk and RB Salzburg. 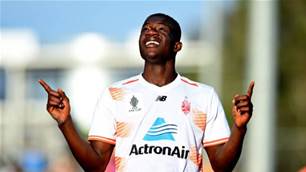 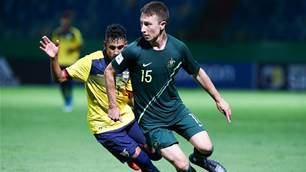 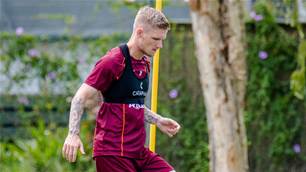