BUDERIM Wanderers U12s have booked their seat on the plane to the Volkswagen Junior World Masters in Rome next year.

After two days of nail-biting action between 20 teams from across the nation the final contest for the Australian title came down to two Queensland outfits.

The Wanderers came out on top, defeating Brisbane City 2-0 in a thrilling finale that began at a frenetic pace with Buderim taking the lead on three minutes.

The winners book-ended the match with another goal five minutes from time to seal a memorable win at the Sydney Academy of Sport in front of an enthusiastic crowd.

Suresh Dewan, head coach for the Wanderers, said the entire team was over the moon with their performance.

"The boys have done so well to get themselves on the plane to Rome and I couldn’t be prouder of them,” Dewan said.

“The whole Volkswagen Junior Masters Australia experience has been one that we’ll never forget and we hope to do the country proud at the world tournament next year.”

Last year ECU Joondalup from Perth’s northern suburbs was the tournament surprise packet when they stepped up for the Aussies at the Junior World Masters in Poland.

The boys were given little hope of progressing from a tough group that included heavyweights Italy, Sweden, Russia and Mexico.

But, after a disappointing draw with Kazakhstan in their first match, the team dug  deep and although they were edged 1-0 by eventual finalists Italy, won their other matches to reach the quarterfinals against eventual title winners Germany.

Earlier this year Joondalup’s then-manager Stefan Koefler told au.fourfourtwo.com the Junior Masters was an unforgettable experience for players both on and off the park.

“The boys in the team bonded very well with the other nations’ kids especially with Zimbabwe, South Africa and Brazil,” Koefler said.

“They were on the same floor (of the hotel) with Brazil so they changed shirts with each other at the end of the tournament. They get on Facebook all the time with the Brazilians.”

Now Buderim Wanderers have grabbed their opportunity to play on the world stage.

Spokesperson for Volkswagen Group Australia, Karl Gehling, said the company was excited about giving the Queensland team such an experience.

"Buderim Wanderers have worked hard to earn their place on the plane to Rome and we’re thrilled that they are pulling on the green and gold to represent Australia at the Volkswagen Junior World Masters,” Gehling said.

"I know the boys from Buderim Wanderers are even more excited than us and as a business Volkswagen is proud to have been able to give these young players a chance to make their international debut.” 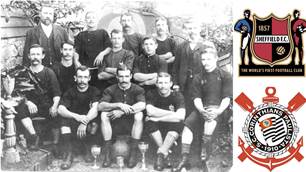 The oldest football clubs in the world