Melbourne City midfielder Anthony Caceres is hopeful of avoiding any unnecessary heated clashes against Victory on Saturday after being sent off in the last local derby.

The last Derby in February would live long in his memory after the 2-2 draw saw Caceres pick up a second yellow when he clipped Matthieu Delpierre with five minutes remaining.

Caceres reflected on the game and conceded the supporters' involvement had an impact on the final result.

He said he was looking forward to the spectacle.

“I think that was the first and last of that (suspensions), definitely something I wouldn’t want to repeat,” Caceres conceded. “Derbies are derbies, they’re always energetic, full on and sometimes things like that happen, but hopefully this time around we can just focus on a good game and avoiding incidents like that one.

“My last Melbourne derby was the biggest one I played in and for me the energy from the fans affects the game tremendously.

“As players you want to rise to the occasion and put everything you have into the game, things like that add to the atmosphere of the game. As far as challenges and stuff like that go, generally I don’t find too much malice in them and it’s just the eagerness really.”

City coach John van’t Schip will not conform if Socceroo legend Tim Cahill will start on Saturday, but Caceres had no doubt the star's impact will be significant. 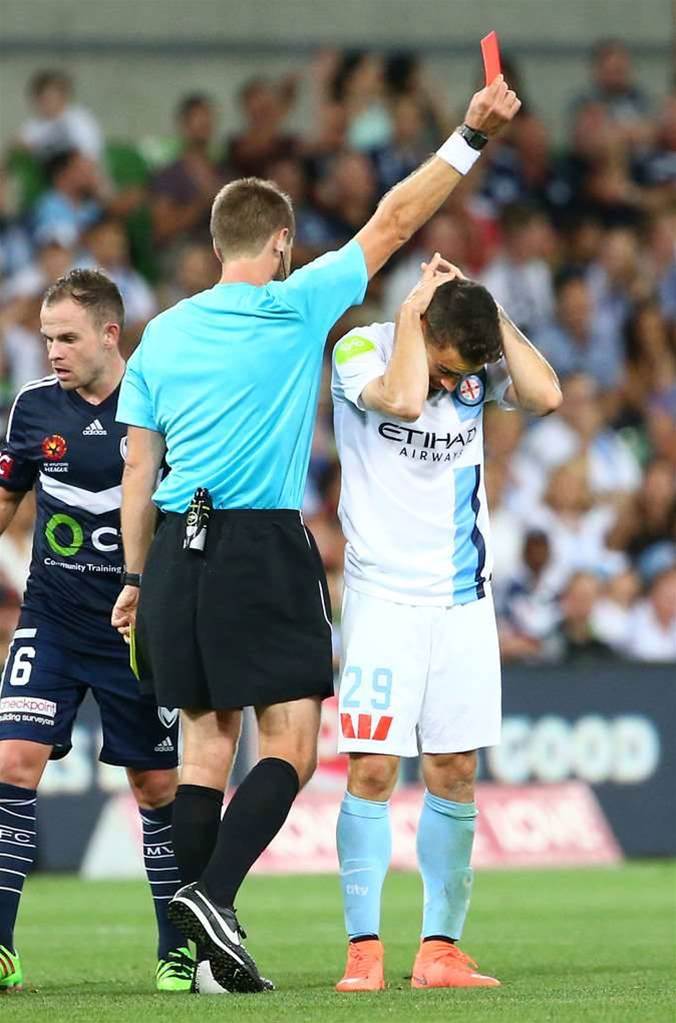 Cahill played the final 20 minutes of the Socceroos’ 1-1 draw with Japan on Tuesday night and got through the match unscathed.

“Having Tim around builds excitement, he’s achieved great things and he’s looking at achieving things here. He’s not here for a holiday or anything, he’s here to help the game grow and have his presence felt,” he said.

“Credit to the fans, current players and everyone involved in the league who have done so well into getting the game to the point where it’s at now and the crowd that’s expected is going to tell the story.

“He’s come in like a gentlemen, he’s slotted right into the playing group. He’s very humble despite all his success and I think he brings a calmness to the team, an assurance and obviously his ability on the field speaks for itself, so he’s been a great addition to the squad.”

After a cluster of starting XI’s used by Van’t Schip over the pre-season and FFA Cup, Caceres welcomed the fight for positions in the team.

“Competition for places in our squad this year is very strong and I see it as a positive thing, it’s a chance for everyone to prove themselves in a healthy competitive environment,” Caceres said.

“We’re all on the same page working towards one goal which is to achieve something year, personally for me to get on the scoresheet was great, but I see it as helping the team and whether my role is to start or come off bench, hopefully we win and that’s the important thing.”

A snapshot of week 11 in the ALM