With the financial upheaval around a transitional A-League, it could be an opportune time for teenage Australian talent to get a chance. One Canberra teen is hoping so.

Alongside an ex-A-League rising star in Kofi Danning, Florez is tormenting defences in Canberra.

The Belconnen United forward is currently the top scorer in the men’s Capital Football NPL with five goals in seven.

“Playing against men has improved me a lot,” Florez, also one of Australia’s best Futsal players, tells FTBL.

“To put it into perspective, there’s a player on my team who has a son a year younger than me!

“It’s forced me to improve in other areas,” he says of his playing senior football against men.

As a 16-year-old last season, Florez played NYL for Canberra United against many older players.

And the Canberra striker has already briefly tasted the A-League.

He had a week trial at A-League club Melbourne City’s youth team just as COVID hit.

There will be plenty of younger talent like Florez hoping the financially troubled A-League means more opportunities to play senior football.

The Australian schoolboys' striker toured the UK earlier this year, which may have whetted his appetite for overseas football. But for now, he’s planning on staying in Australia.

And with Brazil as his football touchpoint, it’s no surprise Futsal has played a big part in Florez’s development.

“I was the top goal scorer in the Futsal nationals last year. 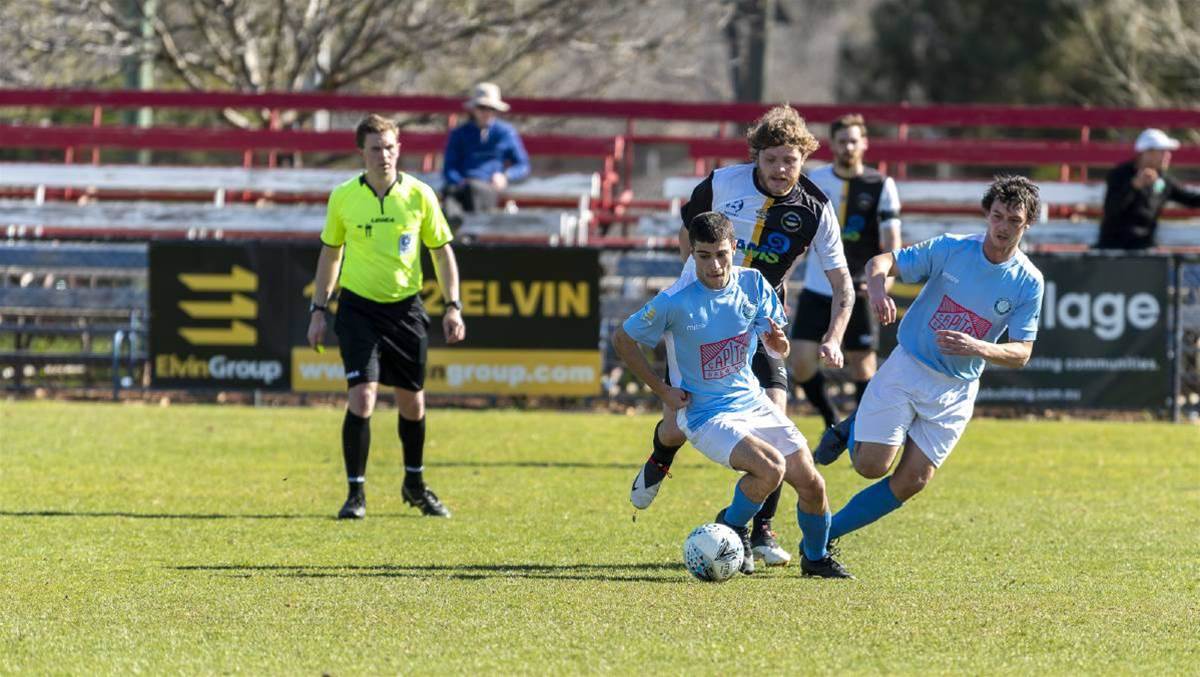 Canberra based striker Luca Florez is hoping for a chance in the next A-League season
“I love Brazilian football, how they can get out of tight situations with quick feet,” he adds.

“I model my game on how they play in Brazil. It made me really want to play. Scoring goals makes me feel so good.

“It’s so beneficial, Futsal. I model my game off Brazilian football and in Brazil, they are crazy about Futsal," says Florez, who has Colombian heritage.

Another Canberra product, Socceroo and Celtic star Tom Rogic, was a Futsal star, and he too has hailed it in his development.

Rogic made his international debut with the Futsalroos in 2010 and just two years later earned his Socceroos debut.

'I definitely think it could be a missing link,'' Rogic told Fairfax in 2012.

''I think it's developed my technical side of the game massively.

"I think it's helped me immensely in terms of my footballing game today and I would really encourage all the young players to really get involved with it.''

If Canberra had its own A-League team - to complement its W-League outfit - Florez may have already been on their radar.

As it stands, the Roberto Firmino fan says he’ll give it another year to complete his Year 11 studies and stay in Australia.

But after that, it’s up in the air.

“There’s NYL then there’s nothing. You just hope you get picked up by an A-League side.

“But it is disappointing there’s no A-League team in Canberra," Florez says.

“In the next two or three years, you’ll see a lot of boys my age coming through from Canberra with really good talent."

Canberra (@CBRRegionHAL) is currently bidding to join the A-League.

“Ever since the AIS finished there hasn’t been a pathway or an option to go anywhere, so you’re stuck in Canberra.

“Canberra would have a really talented, young squad in two or three years if they got into the A-League.