With interim coach Rafael Benitez likely to leave the club at the end of the season, former England manager Capello is one of several candidates for the Stamford Bridge hot-seat next term.

But the Italian insisted he is in the dark over possible interest from Chelsea owner Roman Abramovich, instead underlining that his sole focus is on Russia, who play Northern Ireland away in World Cup qualifying on Friday.

"I know nothing about this (link to Chelsea). I am really happy with Russia and focused to qualify for the World Cup," he said.

Capello takes his side to Windsor Park on Friday to face winless Northern Ireland, with Russia aiming to make it five wins from five in UEFA qualifying.

The Italian angered opposite number Michael O'Neill ahead of the reverse fixture last September by suggesting Russia would win easily, but he chose to be more diplomatic this week.

"They (Northern Ireland) are a strong team and play a really combative game," he said.

"They are dangerous from set-pieces. It is not an easy game but I have confidence in my team. We have Portugal and Israel to come but I am focused on this game. Every game is difficult. 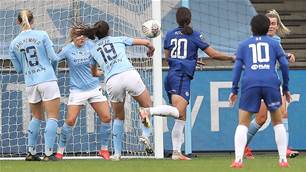