Brisbane Roar escaped from Gosford against Central Coast Mariners with a late winner from Corey Brown.

A lifeless contest in Gosford found late drama with Brisbane Roar escaping back to Queensland thanks to Corey Brown's shock goal. His winner made it five games unbeaten for Robbie Fowler's improving team and sees them rise to within five points away from the top four in the A-League table. Central Coast Mariners, however, will be left wondering how they didn't at least gain a point from this game. They peppered Jamie Young's goal throughout - 18 shots to Roar's 10 - but weren't clinical enough, a recurring problem in Alan Stajcic's team.

The few who were present in Central Coast Stadium weren't greatly entertained in a dull opening 45, with precious moments of quality. Both goalkeepers were in prime form, both Young and Mark Birighitti pulling off outstanding saves to keep it goalless. It appeared to be heading to a stalemate until Brown's surprising winner: Slack defending allowed the midfielder through on the left hand side of the box and he improbably managed to squeeze a shot past Birighitti at the near post. The crowd were deflated and Mariners couldn't find a timely equaliser in the proceeding 10 minutes. They continue their awful trajectory of following a league win with two defeats, a terribly worrying trend.

The Gosford side remain second from bottom, with another home tie against the equally struggling Western Sydney Wanderers up next. Roar, it's fair to say, should expect a tougher game next weekend when they travel to face leaders Sydney FC and their overall play will have to be massively better if they're to stand any chance against the high flyers.

Made some superb stops to deny Roar but was caught out by Brown's cheeky shot.

His deliveries leave a lot to be desired. Not enough quality on his crosses.

Constantly in the wars and received some harsh treatment from the Roar forwards.

Left bloody at the end after catching an elbow but didn't do much wrong throughout the match.

Tried to drive forward when he could and came close and always looked to move forward in possession.

This man loves a hopeful shot from distance. Consistently found pockets of space outside the box and consistently thumped his efforts into the stand.

Buzzed about all match to excellent effect. The best player in yellow.

The ever-present Kiwi was unfortunate to be removed early due to injury which was a big blow to the home side.

Tried to make things happen for Mariners but not much came off for him.

Put in his usual quality crosses which his teammates couldn't capitalise on and was unlucky to be substituted.

Roar limited to the towering striker to little opportunities.

The local hero came on to a rousing reaction but couldn't repeat his heroics from the Melbourne Victory match.

The returning Silvera will get more chances but didn't have time to impose himself today. 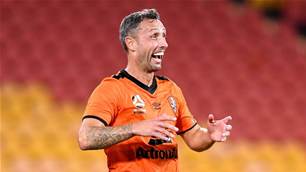 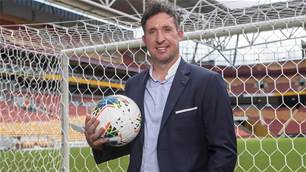