Blossoming Aussie Jackson Irvine says playing in England’s Championship has been a big catalyst behind his Socceroos rise and is determined to keep Burton Albion in the division.

Irvine’s Burton were written off as relegation favourites following their shock promotion from League One but have surprised the critics all campaign.

The Brewers are currently 19th, four points above the drop zone with three games to play, following a vital 2-0 win away to fellow battlers Birmingham City on Monday.

The 24-year-old Australian has played an integral role in Burton’s surprise success this term with 10 goals making him the side’s top scorer.

With all of that in mind, Irvine is determined to remain in England’s second tier which he argues is an outstanding level.

“That’s the most important thing for me, from a personal point of view and the club’s survival, to stay at this level,” Irvine told FourFourTwo.

“It’s unbelievable to be a part of this league and play against the calibre of club that takes part in this competition.

“Their history and the crowds, it shows with the players playing in this league it’s by no means a second division, it’s almost a first division in it’s own right, it’s so strong and competitive.

“We’ve put in a monumental display over the season but this league is harsh and unforgiving.

“I’m determined to be a part of it again next season from the club’s point of view and my own.” 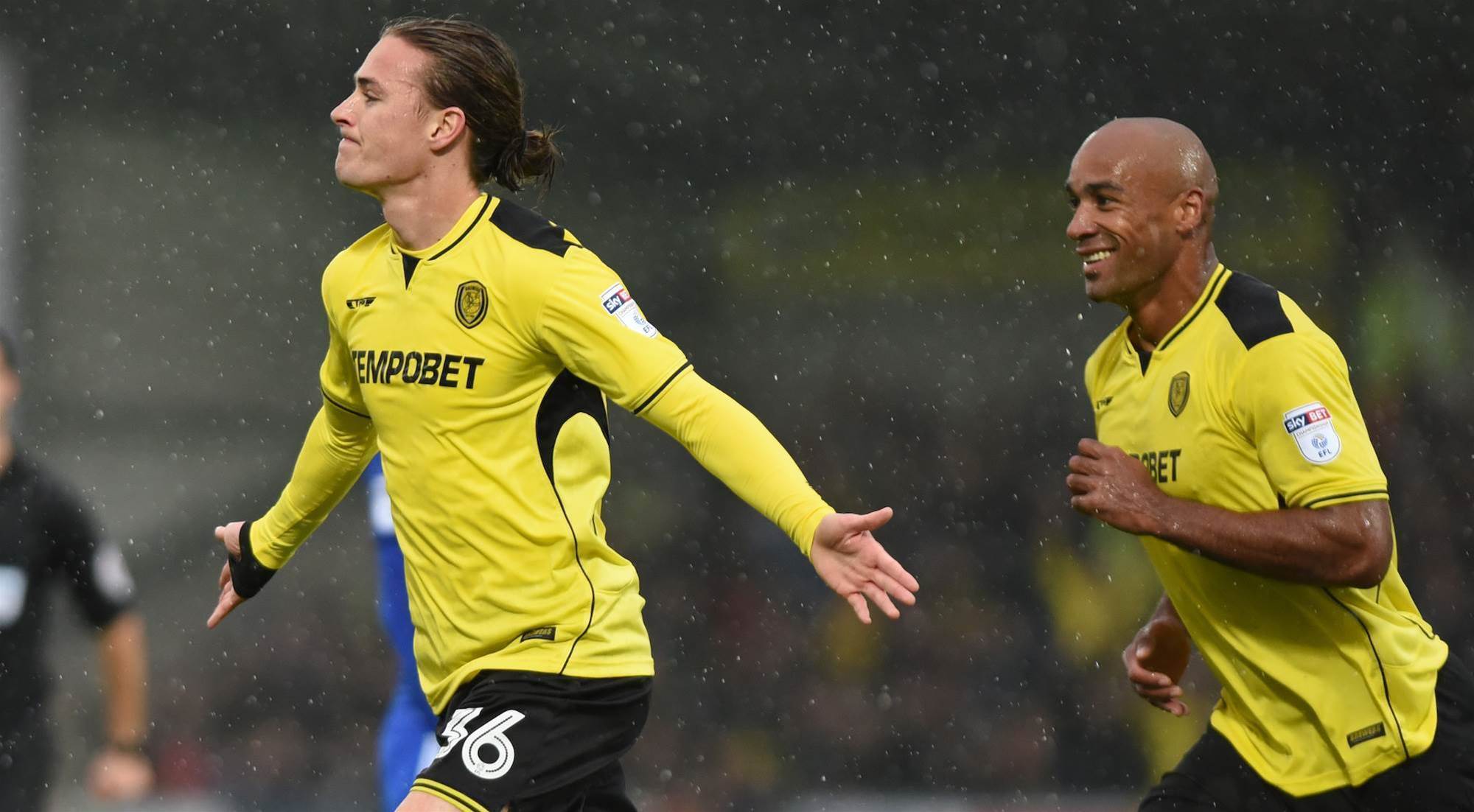 Irvine’s form, combined with speculation of a lucrative offer from China, led to talks about a new contract at Burton in January.

The Melbourne product joined the Brewers on a three-year deal which he is committed to, but a new contract would be a “sweetener” as he puts it.

“It’s not really progressed at all,” Irvine said.

“We’ll probably deal with it again when the season finishes.

“As I said, I’ve already committed my long-term future to Burton with a three-year deal at the start of the season.

“That was just a sweetener. We’ll deal with that later.”

Irvine’s fondness for the club is understandable given the memories created during a fairytale campaign.

“A lot of bookies had us written off before a ball was kicked,” he said.

“We’ve had some amazing experiences and creating some pretty special moments this season but it’ll only be worth it if we survive.

“I think we’ve only lost five games since the end of the January transfer window which is pretty remarkable from a club like us.”

Irvine also reflected on his Socceroos breakthrough starts with fondness, saying he felt he played better against Iraq than when he scored against UAE in Sydney.

“It’s something you dream about as a kid,” Irvine said.

“To score the opening goal and play the majority of the game was, from a personal point of view, a huge honour.

“My family was at the game. To get to enjoy that moment with them was incredibly special.”

Irvine has plenty on the horizon with Burton’s battle for survival, along with the Confederations Cup in Russia in mid-year.

However, on the international front, Irvine says there’s one game bigger than any other with qualification for the 2018 World Cup front of mind.

“A lot of people will be focusing on playing Brazil and the Confederations Cup and the glamour games,” Irvine said.

“But that Saudi game (in Adelaide on June 8) is by far and away the most important.

“Our approach won’t be any different, we’ll do our preparation and hopefully that’ll lead to us putting in another strong performance at home and picking up more points.”