Connor Chapman has opened up about his nightmare exit from K-League club Pohang Steelers and admits he never wanted to leave Korea.

"But, look it was what it was and the club made the decision that they wanted to. For me, I wasn’t going to stand in their way. I don’t have any hard feelings about it. I understand.

"I’ve focused on my health now, I’ve been back training for a few weeks and then I got a few offers in the A-League and in Europe.

Chapman, who has represented Australia at Under-17, Under-20 and Under-23 level, is excited about the new adventure with Western Melbourne.

The midfielder is the third signing the fledgling club has announced.

Happy to put pen to paper with the newest club in the @ALeague @wufcofficial 🖤💚⚽️ Looking forward to help grow this exciting club next season. The club have big plans moving forward and I’m excited to be apart of it! https://t.co/hdOONJd9eD

"It just came out of the blue, but everything felt right,” he said.

"Obviously what happened in Korea happened, but it’s probably meant for me to go down there and play well, hopefully prove that I’ve improved over the last few years and kick on to better things.

"It’s a two-year deal. Everyone wants to play at the highest level. Europe is a level that’s well-respected around the world. Sometime in the future I’d love to go over to Europe and try and test myself, show the level that I’m at.

"For now signing with a club that has big ambition in Melbourne, the plans that they have – on and off the field – are very, very big. They’ve signed a marquee player already, they’ve signed Josh Risdon a Socceroo.

"They’re building a very strong team and for me coming back I want to have some sort of success. Speaking to the club, it’s quite exciting the club they’re trying to build.”

Chapman grew up in western Sydney and came through the AIS before signing with the Newcastle Jets.

He believes Western United can follow the model of Western Sydney Wanderers and engage strongly with their local community.

"There’s been a catchment of fans there in the west,” Chapman said.

"I grew up in Sydney’s west so I felt that as well. To be able to go down to Melbourne’s west, a big club that in the future will have their own stadium, their own fanbase that will be able to pack out the nice stadium that they’re trying to build.

"It’s going to be a big, big thing like the Western Sydney Wanderers, the first few years you want to have some success as well. Hopefully going down there we can have some success for the fans, the area itself, the club, if you have success than everything falls into place." 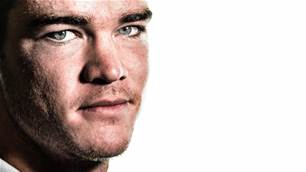 Re-invented Chapman out to be key man for Western United 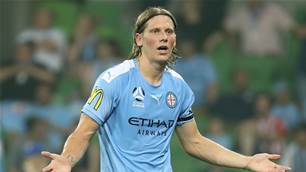