In a week when crucial Asian Champions League games see A-League's best face China’s biggest football clubs, the AFL has been called out for ‘laughable and weird’ claims around their sport in the Middle Kingdom.

Australian media identity David Koch, of Port Adelaide AFL club, said last week: “We are the only western sport in the world to play a game in China and to have this support is so important and significant.”

To test this claim, we asked a local English speaker in Shanghai with his finger on the pulse of the city.

Cameron Wilson has lived in Shanghai for 13 years. He's editor of a local football website and knows the city and people well.

“For somebody like me, based in Shanghai, you could walk down the street and ask 100 local people do you know if an AFL game is on this weekend?," he told FTBL.

“I can tell you, at least 99 perhaps even 100 would have absolutely no idea,” says Scottish-born editor of https://wildeastfootball.net/

“That’s just a laughable thing to say. These guys must live in their own little universe.

“There’s Chinese basketball with guys like Yao Ming, who is a huge name in the NBA [retired now but the Chinese great also played for Shanghai Sharks].

“There are huge European football teams playing games here each off-season, too, like Real Madrid, Bayern, you name it.

“And most importantly, as you guys know, there are A-League teams playing in the Asian Champions League against Chinese clubs for ten bloody years!

“And these AFL guys don’t even know about this? 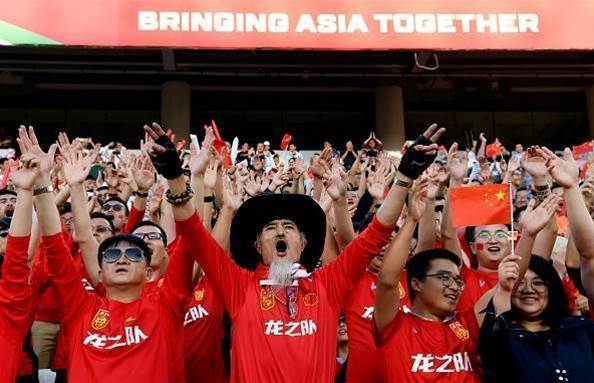 This week, two of the biggest and most ambitious clubs in the Chinese Super League - Shanghai SIPG and Guangzhou Evergrande face Sydney FC and Melbourne Victory.

And going back five years, Western Sydney Wanderers famously dispatched Guangzhou in the 2014 ACL, on their way to winning the continent's biggest club trophy.

Wilson added that with the advent of the ACL, A-League teams have the ‘respect’ of Chinese fans because of their attitude and work-rate.

As for the claims about AFL’s support in China, Wilson says the country is so vast and varied it’s hard to generalize.

However, he’s certain AFL has virtually no profile at all in his home city.

City A-League captain banters media: 'If an AFL player sneezes, it's in the backpage'