Introducing Sydney FC's and the A-League competition's next big thing.

THE A-League’s next big thing is 19-year-old Christopher Naumoff. The attacking midfielder announced himself in style with two spectacular goals against Sydney United 58 in the FFA Cup in September. This Sydney FC youngster, known as “Kiki”, is just getting started. 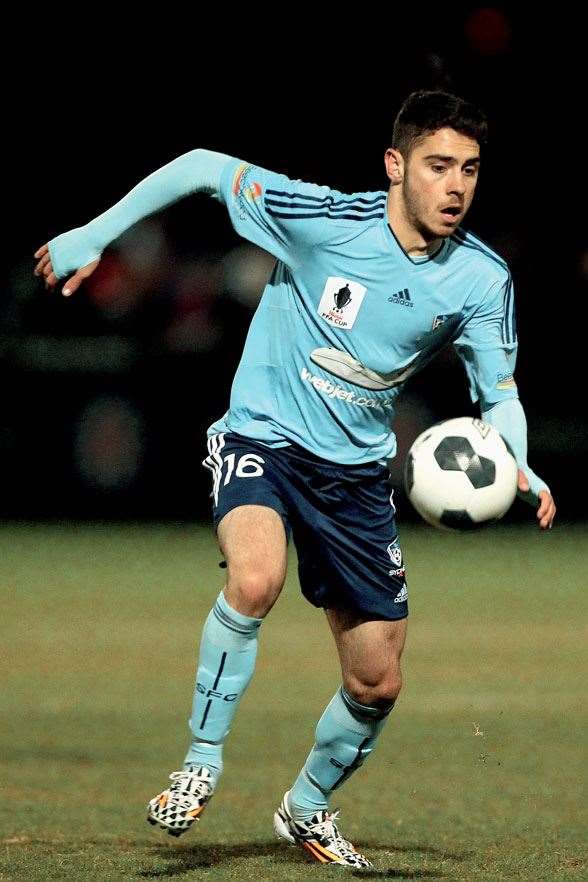 Born and raised in Sydney’s Sutherland shire, football has long been a way of life for Naumoff. The forward with Macedonian heritage grew up with a ball at his feet. “Football played a major part in my family’s life before I was born, as my father played,” he says. “I remember having a park down the road from where we lived with my grandparents; I would always be down there with the football at any chance I got.” Naumoff cut his teeth with local club Menai Hawks before joining Sutherland Sharks at the age of ten. Hawks club secretary Alan Phillips remembers a young midfielder who made his team tick and was very quick, both physically and mentally. “I can’t remember the exact record, but certainly the teams he played for won the premiership on several occasions with Chris as the key midfield player,” Phillips says. “Even at that young age, you could tell he was destined for bigger things.” At the Sharks, Naumoff was part of the club’s Under-15s side, which won the Manchester Cup and qualified for the finals in the UK. He then helped the Under-20s win their championship and was named the NSW Premier League’s Player of the Year in 2012. At 16 he was snapped up by Sydney FC’s National Youth League outfit and at 18 made his full A-League debut for the Sky Blues under Frank Farina. He was a member of Sydney FC’s NYL premiership-winning team last season and was crowned the club’s Young Player of the Year. On top of all that, he has racked up eight matches for the Young Socceroos, too.

After ten appearances in the 2013-2014 A-League Naumoff was in demand but re-signed with the Sky Blues’ new boss, Graham Arnold, in July. Arnold described him at the time as a “quality young player” and said he was delighted the attacker had committed to the club. The former Mariners coach is renowned for his ability to get the best out of young talent; under Arnold, Naumoff has certainly thrived. Sydney United 58 was dispatched in the FFA Cup’s Round of 16 courtesy of two special strikes by Naumoff: a long-range effort and a beautiful volley. Almost needless to say that Naumoff has quickly forced his way into Sydney FC’s star-studded line-up.

Left-footed, quick-thinking and technically proficient ... Naumoff’s versatility is one of his best assets. Able to play up front, on the flanks or in the centre, his creativity also makes him stand out. “I used to watch a lot of Maradona videos; being left-footed, I tried to watch players like him, then also Messi when I was a little older.” Softly spoken like the Barcelona star, Naumoff remains humble and grateful for the opportunities he’s received.

Paul Okon has coached Naumoff with the Australian Under-20s and recognises his potential, but says the teenage striker still has a way to go. “He needs to be more consistent in his performances, which hopefully will come with more game time in the A-League.” Nicknamed “Kiki” by his grandmother, Naumoff has caught the eye of Macedonian scouts, but is committed to playing for the Socceroos one day and jagging a transfer to Europe in the future. But for now, he has his sights on domestic duties and has the perfect mentor in Arnold, the man who gave Mat Ryan, Trent Sainsbury and Tom Rogic their stripes in the competition. “He has already done so much to improve my development and he gives me the confidence to express myself,” Naumoff says.

“Christopher Naumoff has potential. He can score goals and has a final pass, which are big weapons in football.”

“He was a standout from a very young age. Head and shoulders above those around him.” 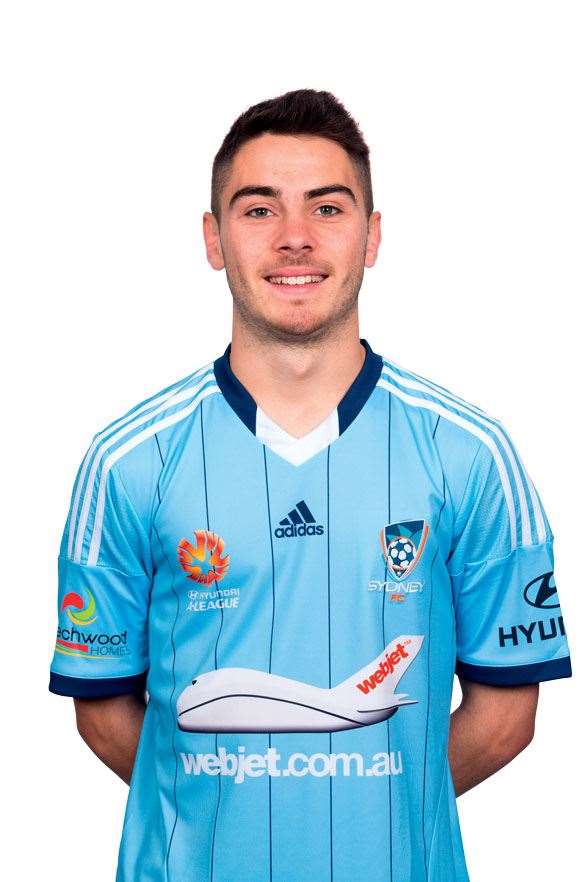 Train at home like Sam Kerr, no equipment needed