He then asked his first question about the refereeing controversy.

"It is what it is mate, it's in the past now. We're champions and rightly so after the season we've had," Jamieson retorted.

Russell then asked where Jamieson was.

"I won't tell you the location," he continued. "We're together and consuming a bit of alcohol and enjoying our efforts. First time champions was special, we'll cherish the hard work that's gone in.

"For ourselves, we've always been the little brother of Melbourne Victory. They've been a strong club, not just in the A-League, but in a sporting sense.

"We're really taking control of what we do now, we're moving to Casey for our training base, we've had success on the field, it's a big start for the next few years."

Russell then asked whether City were now able to gain a foothold in the Melbourne sporting market.

"It is hard. If an AFL player sneezes, it's in the back page," Jamieson said.

"For ourselves, we're obviously trying to make our way in the landscape. Football in its own right is big, we have potential, we're trying to manouevre it so it's a strong code.

"Where we sit with Victory, they finished last and we finished first so it's a good opportunity for a good few years."

While it was hard to tell whether Jamieson was genuinely peeved at the beginning or simply ribbing his host, he noticeably softened as the interview wore on and bantered Russell continuously.

Jamieson even had a little nod to AFL when discussing his successful penalty against Sydney FC in the Grand Final.

"Guaranteed mate. It's like Buddy Franklin 20 metres in front of goal. I'll relate it back to AFL terms for you," he said.

"One thing's for sure, I wouldn't dribble it in like some players in the AFL do. I wouldn't go for the dribble kick. It was a nice drop punt and through the markers.

"I was sure of it, we practise penalties during the week. As captain, I was sure I was going to score. It's easy saying that after a few beers, that's for sure."

Jamieson admitted that the side were very close to losing their cool when Sydney scored. But Jamieson paid tribute to the City fans that kept them in the contest.

"I'd be lying if I said my heart didn't skip a beat [when Kosta Barbarouses scored] but the fact that we reacted so well was key," the City captain continued.

"Full credit to the organisers with COVID but the atmosphere was amazing with Melbourne City fans, 15,000 fans was special.

"It's about City trying to capitalise on that now and make our mark in the landscape.

"Back in the Melbourne Heart days, then with the transition to Melbourne City, I can only imagine for a fan that's been there since day one how much it would have meant to them." 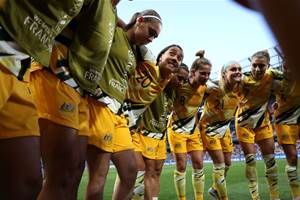 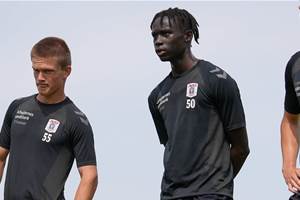 Central Coast Mariners attacker Jing Reec is trialling with Danish Superliga outfit AGF Aarhus, which already have a Socceroo and an Olyroo on their books. 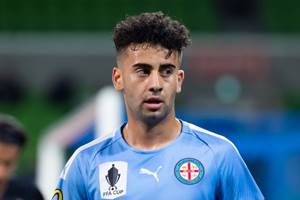 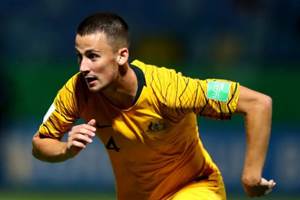