In-form Melbourne City attacker Mathew Leckie is itching for Saturday's derby against Melbourne Victory after a double in a 4-0 rout of Sydney FC.

The Socceroo scored a double in Wednesday's 4-0 grand-final rematch rout over Sydney FC as City opened up an eight-point lead at the top of the ladder.

City's quest for back-to-back premierships will continue at AAMI Park this Saturday against Victory, in their final match before jetting off to Thailand for a maiden Asian Champions League campaign.

Having missed this season's two other derby clashes which both ended in draws, Leckie cannot wait to experience the contest first-hand.

"I've unfortunately missed both games previous and it's a huge occasion.

"We're in a great spot. They've got games to catch up which if they get good results they'll be in a good spot as well.

"We just want to continue what we're doing. Ten goals in our last two games and a clean sheet, we're full of confidence."

Leckie's two goals against Sydney take his tally to nine for the season - his most profilic campaign since he scored 10 goals for FSV Frankfurt in Germany's second division in 2013-14.

With Jamie Maclaren also notching his 14th of the season against Sydney and Andrew Nabbout also among the goals, City's trio of Australian internationals are all delivering for Patrick Kisnorbo's team.

City midfielder Aiden O'Neill is however a doubt for Saturday's derby after limping off in the first half of Wednesday's big win having received an ankle injury in a challenge from Sydney's Adam Le Fondre. 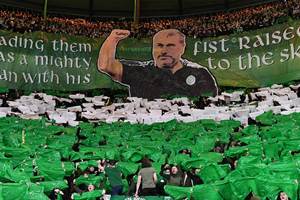