Will Melbourne Victory go back to back? Will the Wanderers bounce back?

Adelaide UnitedThe entire Australian football community shed a tear when Josep Gombau left the helm of Adelaide United. After capturing the imagination of fans through the style of football he applied at his Barcelona youth academy, it was a pity to see Gombau move on. Adelaide United fans, however, can take comfort in the fact that the "Tiki-Taka" won't be leaving Coopers Stadium, with the club appointing Barcelona legend Guillermo Amor. With the experience he attained during his ten-year stint, winning silverware upon silverware during the 1990s and playing under legendary coach and the godfather of "Total Football" in Johan Cruyff, Amor will be ready and eager to gain success in his first season as a first-team manager. 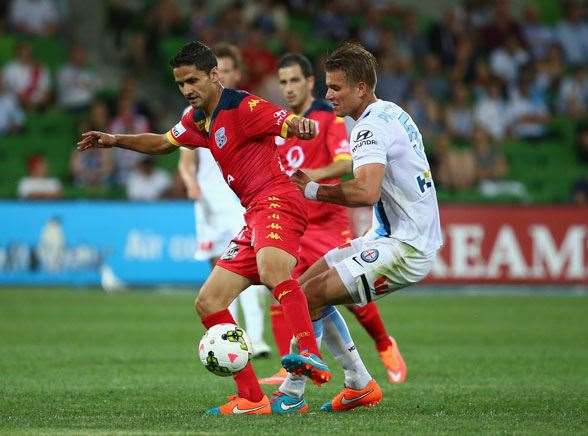 After parting ways with coach Frans Thijssen at the end of last season, former Socceroo John Aloisi has been ushered in to steer the Roar back to stability ... Stability isn't a word synonymous with the Roar's last off-season, after a much drawn-out saga with owners the Barkie Group which saw the departure of Socceroo Luke Brattan. In the new campaign, the Roar will be happy they can finally let their football do the talking. Matt McKay and a fit-again Thomas Broich will lead by example. Meanwhile, expect big things from young Socceroo Devante Clut, who impressed against Liverpool and Villarreal during pre-season friendlies. Challenging for at least a finals birth is the realistic goal for Aloisi's men, but whether they can challenge for silverware like in recent seasons remains to be seen.

Since the departure of grand final-winning coach Graham Arnold and a host of now-Socceroos superstars including Matthew Ryan and Trent Sainsbury, there hasn't been much to cheer about over the past few years in Gosford. With the exception of former Sunderland striker Roy O'Donovan, coach Tony Walmsley has recruited mostly Australian players. Coupled together with a gifted crop of youngsters, Walmsley is hoping his chargers will lay the foundations for the long-term, with the Mariners to see Season 11 as a rebuild towards a return to Championship calculations in the coming years.

It's time for City to put its money where its mouth is; if the Cityzens' off-season is anything to go by, you get the feeling that John van't Schip's side has the potential to be the real deal this season. The ingredients are there; over 1000 games of EPL experience between marquee Robbie Koren and new recruits Adam Hughes and Thomas Sorensen, a superstar in the making in Aaron Mooy and a plethora of depth which includes Olyroo trio Corey Gameiro, Conor Chapman and Stefan Mauk. Can they live up to the expectation and finally challenge "big brother" Melbourne Victory? If they can combine all of the above components, there could be no stopping City on their way to that elusive Championship. 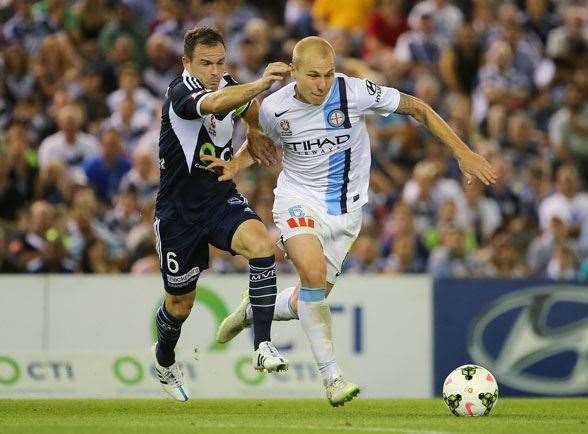 What a season it was for the men in navy blue. They grasped the attention of everyone in Australia and put the AFL down south on notice after their heroics across their previous campaign. Losing captain Mark Milligan will not have the impact it would have had on most other clubs, with Kevin Muscat signing Socceroo Oliver Bozanic as a direct replacement. With a squad that hasn't really changed, expect the Victory to challenge on all fronts this year, and maybe chase a possible treble in the A-League, FFA Cup and Asian Champions League titles. 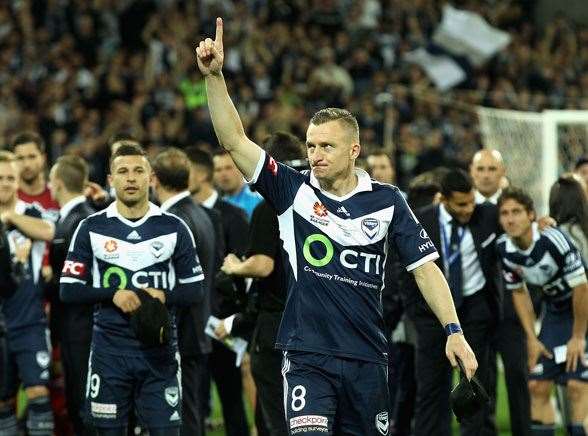 New coach Scott Miller has signed a host of players who will provide experience for the embattled club. Signing hometown hero Nigel Boogaard is a huge boost to the club's defence, as are former club stalwarts Labinot Haliti, Jason Hoffman and Mark Birighitti. This season will see a new-look Jets both on and off the field, and it could be a small step in the right direction for the club, whether the Novocastrians make the finals or not.

After last season's salary cap dramas, Perth Glory will be looking for redemption. Their off-season recruitment revolved around creating a new identity after losing many core players. Bringing in Diego Castro provides the Glory with a player whose career is glittered with La Liga experience. Guyon Fernandez is another quality addition after ending his stint in the Netherlands, as is Asian Champions League hero Ante Covic, who will be looking to prove a point after his shock release from the Western Sydney Wanderers.

As much as Graham Arnold won't admit it, there is no doubt the Sky Blues will be using last season's demoralising grand final defeat to rivals Melbourne Victory as ammunition for his side's charge at their first A-League crown in five years. The Sky Blues parted ways with Golden Boot winner Mark Janko, Nikola Petkovic, Terry Antonis and Bernie Ibini, but managed to keep hold of linchpin Milos Dimitrijevic, who will look to combine with fellow countryman Milos Ninkovic, giving Sydney two of the most creative midfield players the league has ever seen. Marquee man Filip Holosko and captain Alex Brosque have pace to burn and there is no doubt Sydney have the ingredients to reproduce their attacking form of last season. However, Sydney's Achilles' heel last season was their defensive frailties, very evident in the grand final, and Arnold will be hoping his defensive stocks fare better this season. The Sky Blues will surely be there come the pointy end of the season challenging the league's best for championship glory. 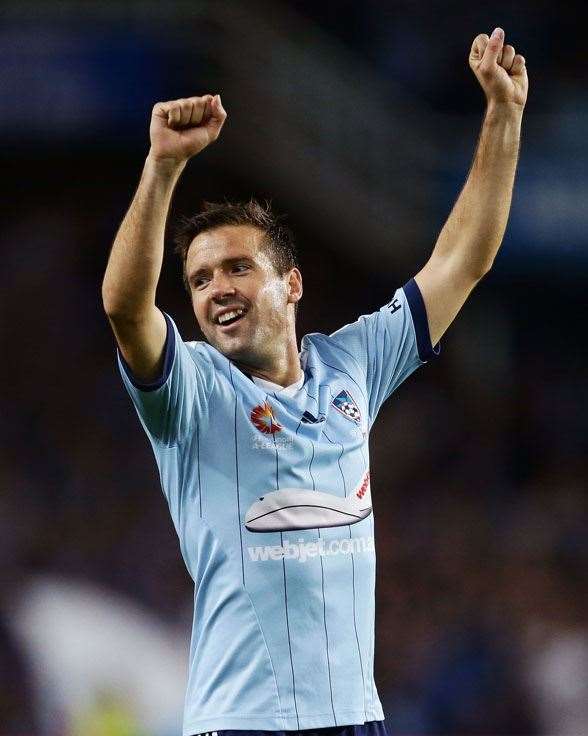 The "Nix" were the surprise packet of season 10, leading the competition by four points with only five rounds to go and playing the free-flowing, attacking football their fans had been craving. But it was a hard fall from grace, as the Phoenix crumbled to be knocked out of the finals in week one. The Phoenix lost prolific scorer Nathan Burns to FC Tokyo in the off-season, but coach Ernie Merrick has kept the bulk of his squad together, recruiting only Ajax academy graduate Jeffrey Sarpong and National Premier League superstars Blake Powell and Troy Danaskos from APIA Leichhardt Tigers and Sydney Olympic respectively. It could be another exciting season for the Phoenix and if Merrick can get his side to reproduce results like last season's, which included wins on the road at Brisbane, Victory, Adelaide and Sydney, they could go a few steps better than last season, but resources and depth could potentially be a major issue for the Phoenix.

The Western Sydney Wanderers completed a huge make-over in the off season, but we'll have to wait and see whether or not it will pay off. The changes, though, started on the bench with Tony Popovic adding Andres Carrasco to be his right-hand man. The experienced coach worked in the famous Barcelona youth academy for 15 years and later led Malaga to the Spanish Youth Championship. Notable players Wanderers fans will be placing their hopes in are International Marquee Federico Piovaccari, who is coming off a solid season with Eibar in Spain's La Liga, Spanish players Andreu, Alberto and Dimas, as well as an experienced Aussie contingent in Scott Jamieson, Mitch Nichols and Socceroo Dario Vidosic. 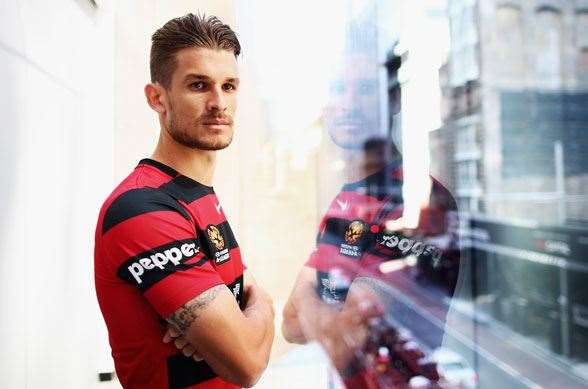