Hamill announced his exit on Instagram before it was later confirmed by the club. The 26 year old defender has been linked with a move to new Melbourne A-League side Western United.

Following a stint overseas, the defender returned home to the Wanderers during the club’s 2014 AFC Champions League campaign where he made his debut against Chinese giants Guangzhou Evergrande.

Having featured in over 100 matches across all competitions for the club, Hamill also wore the captain’s armband this season. 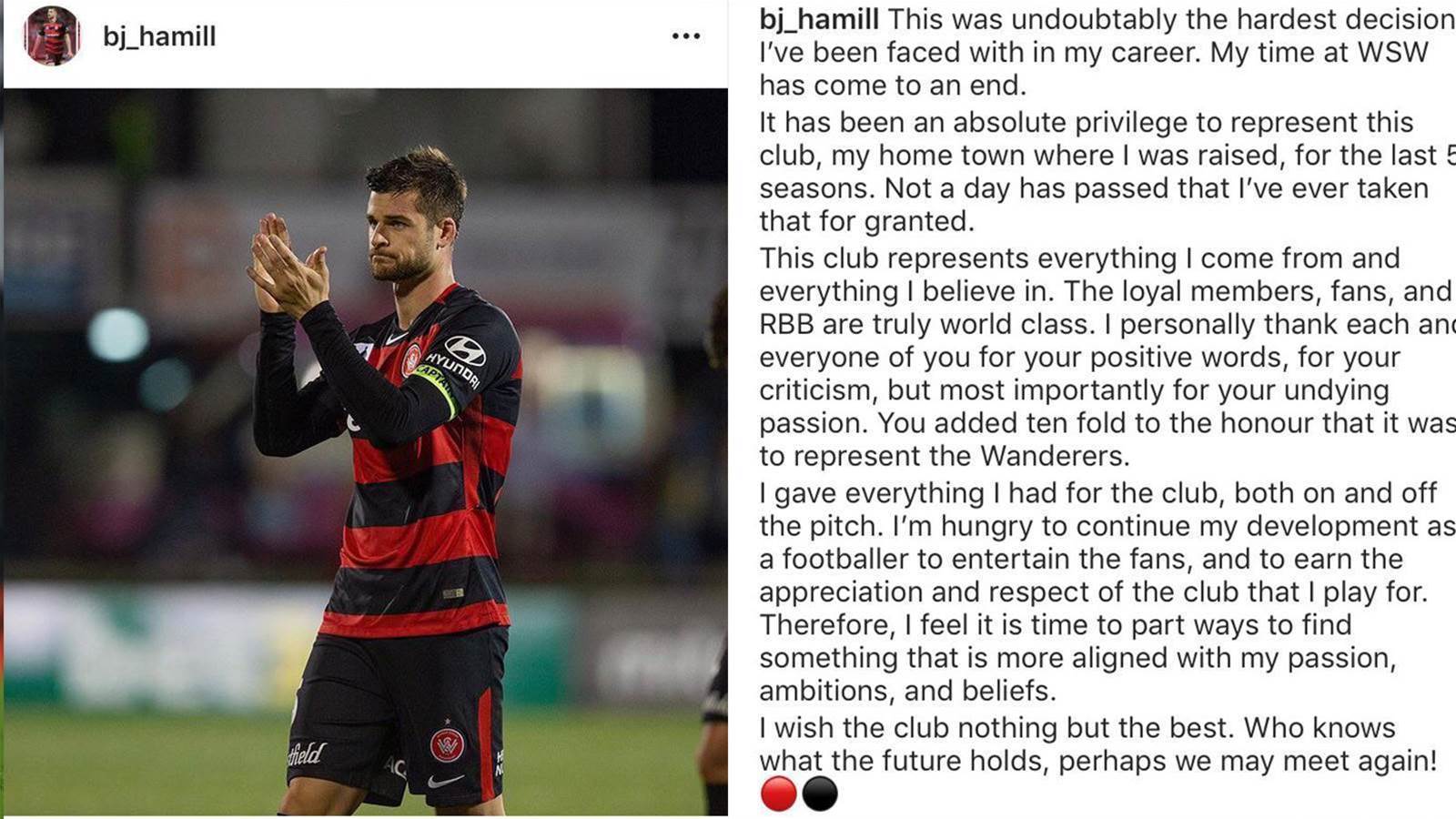 “Brendan has been nothing short of exceptional for this club, both as a player and person,” said Tsatsimas.

“He will forever be associated with a successful part of this club’s history and we wish him every success in the next part of his journey.”

thanked the members, fans and the club’s support during his stint at the club.

“It’s been an absolute privilege to represent this club, my home town where I was raised, for the last five seasons. Not a day has passed that I’ve ever taken it granted,” said Hamill.

“The loyal members, fans, and RBB are truly world class. I personally would like to thank each and everyone of you for your positive words, for your criticism but most importantly your undying passion.

“I wish the club nothing but the best in the future.”