"I can stipulate my position to the federation, saying this is the best I can do for you guys, we’re all going through this together, we’ve all got to be sharing some of the pain, we work this together.

"But they have got to say the season is going to go on. If not, then you know what, there is plenty of clubs that are not going to into, in [inverted commas], “insolvency” that want to play in the topflight.

“The Hume team is sitting five points clear at the top of the table after five games. I am prepared to wipe that off and start from zero again with the new clubs, forget about the ones that do not want to play.

"Now, every other club, if they were sitting five points clear I guarantee you they would not wipe it off. So, I do not like self-interest, because if it was from self-interest I wouldn’t be involved in football.”

AAFC Chair Galatas insisted negotiations being conducted with the Victorian governing football body by clubs were moving forward in good faith and that it was important that the pandemic didn’t result in clubs being left behind.

“Steve's opinion is his own and I respect it,” Galatas told FTBL.   “However, it's clear he doesn't know what the position is with all other clubs.

"Those 10 clubs who have taken a different view have done it in good faith, having regard to the reality of their club's circumstances. They would love to play too, if they could.

“All clubs respect each other's position. If Hume can resume, then they can resume. The pandemic has affected us all differently. Some have coped better than others.

"This is a time not to leave anyone behind, if possible. Most NPL1 clubs have expressed an inability to play this year for myriad compelling reasons.”

Kaya told FTVBL he called on both the clubs and FV to work towards a solution that would see football played in 2020.

“I would like the federation to come and give the clubs some sort of support or a hand,” he said.

“But first, the clubs have to show intent, rather than this arrogant approach that they’re taking. That is why I left the meeting, I don’t want to hear sh*t. Instead of taking this arrogant way of dealing with it, they could have gone there and shown an intent first, first you’ve got to show intent.

“For me, I’m playing regardless, this is what it is and if I don’t play, I’ll be the problem child; because this time I’ll be asking the questions.

"I invested so much money in pre-season and all this, I’m ready to play, how come the federation cannot. If you can’t get it right well it’s not my problem. So I’ll be asking the questions.

"But the right thing to do, they’ve got to get out of their politician heads and make some hard decisions.” 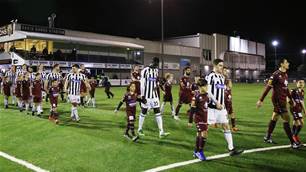 Victorian NPL and community clubs told to prepare to return 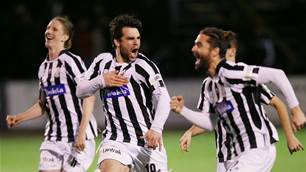