A 2014 World Cup rematch saw Group H get off to a dramatic start.

If seeing James Rodriguez left out of the starting 11 due to injury wasn't enough, Colombian fans were left devastated when their team was reduced to 10 men after Carlos Sánchez was awarded the first red card of the tournament.

However, the Samurai Blue couldn't make their numerical advantage count as Colombia equalised through Juan Quintero's free-kick before half time.

The men in yellow weren't able to keep this momentum going, though, despite strategic structure changes.

Japan were back to their technical best in the second half, maintaining possession before they were rewarded with a second goal from a Keisuke Honda corner.

This win was worth so much more than three points for Japan. Not only have they redeemed themselves after a 4-1 loss against Colombia in 2014 but they have also made World Cup history, becoming the first team from Asia to beat a South American team.

Read the game well even when under sustained pressure in the second half. Could possibly have come off his line more for Honda’s corner but dealt well with all other set pieces.

Wasn’t always in the thick of things but showed up to clean up any scraps. Pushed forward to give Colombia a much needed attacking boost in the dying moments.

A tough day in the office for the centre-back but he remained calm despite the pressure, positioning himself well to get to contested balls first.

Got caught out and wrong footed in defence and had some issues dealing with Inui. 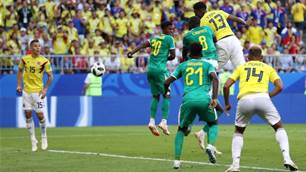 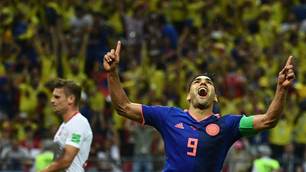 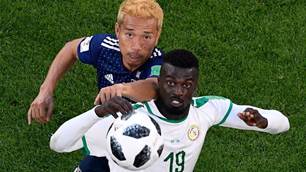