Central Coast Mariners have confirmed A-League defender Jack Clisby has left the club with Perth Glory the reported destination and a wider exodus predicted to begin.

The 29-year-old joined the Mariners ahead of the A-League 2018-19 season, and played 71 A-League matches in that period, scoring four goals including an effort that won him the Noel Spencer Goal of the Year award in his first campaign with the Mariners.

Head of Football Ken Schembri thanked Clisby for his service.

“Clis has been a very valuable player for us over the past three seasons and was an important player this year during an outstanding campaign,” Schembri said.

“We are disappointed to be losing a player of Jack’s caliber but understand and support Jack’s decision to move back home with his young family.”

All of us at the club wish him well for his next challenge and thank him for his time here.”

Clisby said he'd experienced both sides of football at the Central Coast.

“The time has come for me to move on from the Mariners, a home where l have spent the last 3 seasons,” he said.

“I’ve experienced both sides of the spectrum to what football can bring, from the lowest lows, to finishing on a massive high.”

“I leave here being proud to have been part of this amazing club and I will truly miss the people that had a huge impact on our life whilst we were here. I wish the club, players, staff & fans nothing but success for the future.”

Clisby is the first confirmed departure after Alen Stajcic and Nahuel Arrarte's shock decisions to leave the Gosford club over a reported lack of transfer budget. 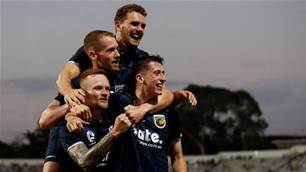 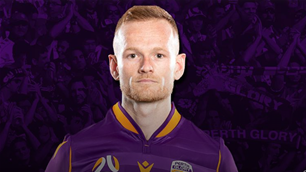