With a sellout expected, the boutique 16,500 capacity venue will be rocking against United’s bitter rivals Melbourne Victory tonight.

“We’ll play in front of a fantastic crowd that for every player is special,” declared Kurz.

“If our stadium is full, packed, we have the best one in Australia.

"And that makes it a lot of fun for the players and coaches. It’ll be a fantastic crowd and our fans can be the 12th man."

The closeness of the fans, the football-specific design, and excellent surface combine to make Coopers Stadium a perfect venue for football. 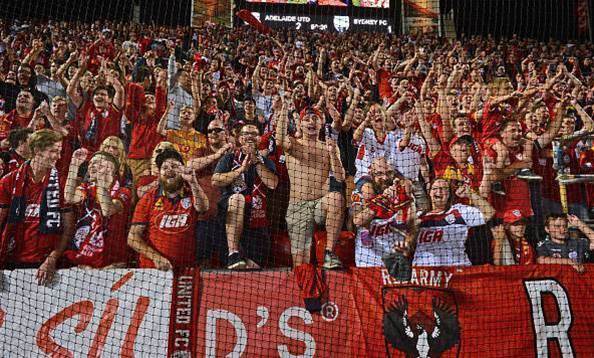 Reds fans will be out in force tonight at Coopers Stadium

And the venue has history, having hosted NSL football before it was redeveloped, and since then an Asian Champions League final and FFA Cup Finals as well as many memorable A-League nights.

The Reds' home venue is often high on fans' lists of best A-League venue along with AAMI Park in Melbourne and HBF Park in Perth.

But Western Sydney Wanderers fans expect their newly built stadium in Parramatta to match Hindmarsh for the title of best A-League venue from next season.

Meanwhile, with the away bays sold out, an absolute cracker of a clash awaits tonight.

And Kurz believes a relentless press in the middle of the park can shackle Melbourne Victory’s ‘beautiful’ midfield in tonight’s Good Friday A-League blockbuster at Hindmarsh. 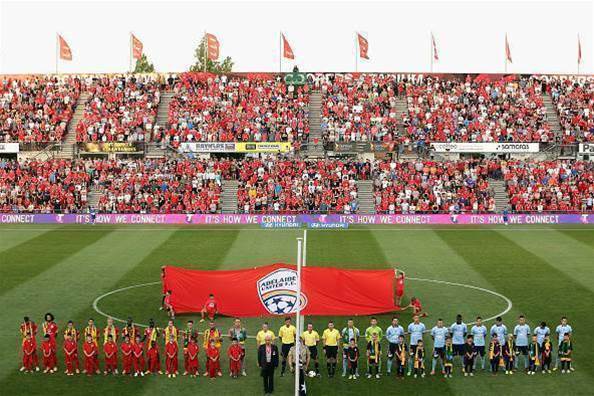 It’s third versus fourth In one of the biggest “Original Rivalry’ clashes in the fixture’s history.

Each club is motivated by more than just putting one over on their state rival.

Phoenix and Melbourne City are just a point behind them, Adelaide is aiming to hold onto a fourth-place finish, and therefore a home final.

Similarly, with one round left in the regular season, Victory will need to win tonight and hope second-placed Sydney FC loses in the final round to have any chance of finishing in second place.

“Very important you need pressure on the player with the ball," added Kurz.

“If you let them [Victory] play, they will create a lot of problems for us. They will kill you for sure.

“It’s massive for both teams.”

Victory have midfield class back in Carl Valeri and Terry Antonis to accompany Keisuke Honda.

“We can now fight for a home final, that’s fantastic. It’s not a pressure, it’s a good thing," said Kurz.

“For sure we need four to six points [in the next two games] to have a home final.”