Jason Cummings won't play in Saturday's FFA Cup final against Melbourne Victory after the Central Coast Mariners had their bid to register him rejected.

The Central Coast Mariners have accused Football Australia of "robbing" fans by rejecting a bid to allow new signing Jason Cummings to play in their maiden FFA Cup final.

The Mariners are frustrated that Cummings, who made his A-League Men debut with a goal in Sunday's 3-2 loss to Sydney FC will not be allowed to face Melbourne Victory on Saturday at AAMI Park.

The Scottish-born striker, who qualifies to represent the Socceroos, signed with the club from Dundee last week.

Under the rules of the competition, clubs are unable to use players signed after the semi-final stage.

However, due to COVID-19-related delays, there were 11 days between Central Coast's 1-0 win over Sydney FC and the Victory's 4-1 thumping of Wellington Phoenix in the other semi-final.

The Mariners say they helped the FA by getting their game on as soon as possible and have now disadvantaged themselves by being cooperative.

"This is a very disappointing decision made by Football Australia that in our opinion has robbed the final of being the best possible spectacle that it can be and has prevented us from fielding our strongest side," Mariners CEO Shaun Mielekamp said.

"All football fans want to see the best players play every match and we are disappointed that this will not be the case on Saturday.

"Both semi-finals should have been played at the same time, with our semi-final being 11 days before the second semi-final our club has clearly been disadvantaged.

"It is our view that all clubs should have the same registration windows and clearly, this year that is not the case.

"Our club's cooperation with the FFA by playing the first semi-final early as scheduled has in the end, hurt us.

"Had both semi-finals been played at the time of the second semi-final, Jason would be playing this weekend." 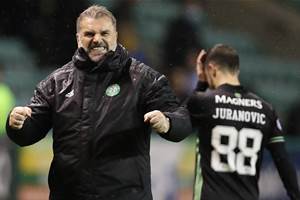