After a tough couple of weeks APIA Leichhardt bounced back to knock A-League champions Melbourne Victory out of the FFA Cup with a stunning 3-2 win in the Round of 16.

Victory had never lost to NPL opposition in the Cup before but in APIA they came up against a side that just wouldn't throw in the towel.

Tuesday night came close delivering a double-shocker as Cup holders Sydney FC also found themselves trailing at the break to Cairns FC only to fight their way back.

And in a night of high drama Chris Lucas of Bentleigh Greens wrote his own headlines with a second half hat-trick to put the Victorian outfit into the final eight.

The results mean that APIA, Sydney, Bentleigh Greens and Avondale FC are all into the semi-finals.

Honda who? A brace to a Japanese player lit up this fixture but it wasn't Victory marquee Keisuke Honda, who is still waiting visa approval.

Tasuku Sekiya playing for APIA stunned the reigning A-League champions early on before a second half brace by Kenny Athiu looked to have turned the tide.

They were under the kosh and out on their feet after a 120 minutes on the weekend, but the Tigers held on, and struck with 10 minutes on the clock through Nathan Milgate.

APIA were coming off a tough end of season where they were pipped for premiership and championship glory, but played with no apparent hangover to record a famous win.

Kaine Sheppard gave Avondale the early breakthrough and Ross Archibald doubled the advantage before Brayden Mann clawed one back from the penalty spot , keeping the visitors within touching distance going into the break.

But with 15 minutes remaining the Strikers suffered a huge blow when Guillermo Lazcano was shown a straight red. After that the Avengers piled on two more for a comfortable win. 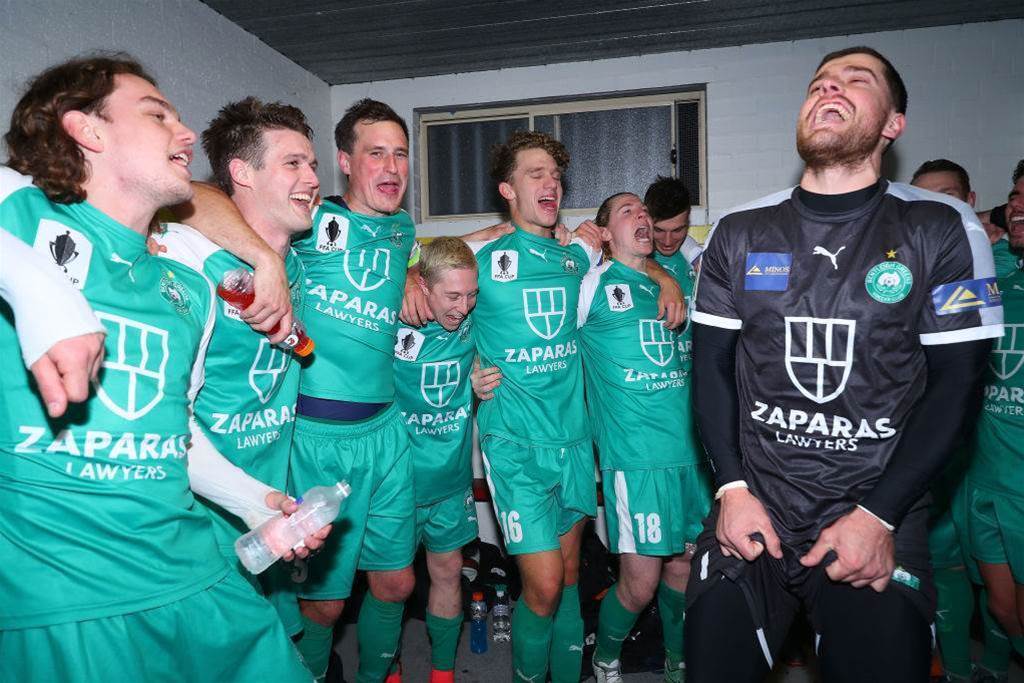 Bentleigh Greens continued their fairytale Cup run, following up their win over Wellington Phoenix in the Round of 32 with a comprehensive victory over Broadmeadow Magic.

The score was goalless going into the break but a Chris Lucas hat-trick and a strike by Tyson Holmes saw off the hosts in emphatic fashion.

The reigning Cup holders got an early scare when the hosts, through Ryan Cavanah took the lead and held on going into the break.

Sydney were without new signing Adam le Fondre and in the absence of last season's stars Bobo and Adrian Mierzejewski struggled to turn their dominance into goals.

That was the first half - and two quickfire goals after the break put the A-League Premiers in front and kept their Cup title defence on track.

Cairns had a chance to level the scores from the penalty spot on 75 minutes but Chris O'Hare couldn't get past Sydney goalkeeper Andrew Redmayne.