Good came on in the 87th minute in his second-stint with City after spending six years with Premier League side Newcastle United which saw him go out on loan with Bradford City and Dundee United.

The 24-year-old is keen to put his difficult time in the UK behind him after having an injury-ridden spell with the Magpies.

He picked up a hip injury in his only game for the Socceroos against Ecuador in 2014.

“It’s been a change, but I think it was for the better,” Good said. “I got myself into a position where I’m fit and ready to go.

"It hasn’t been the case for the past few years, so I’m just happy to be back and be involved. I’m just working every day and working hard and then eventually I’ll get the opportunity.

“It’s the best being back in my hometown, family and friends in the crowd, it makes it better doesn’t it? Playing in front of them, you have that support network and it’s brilliant.” 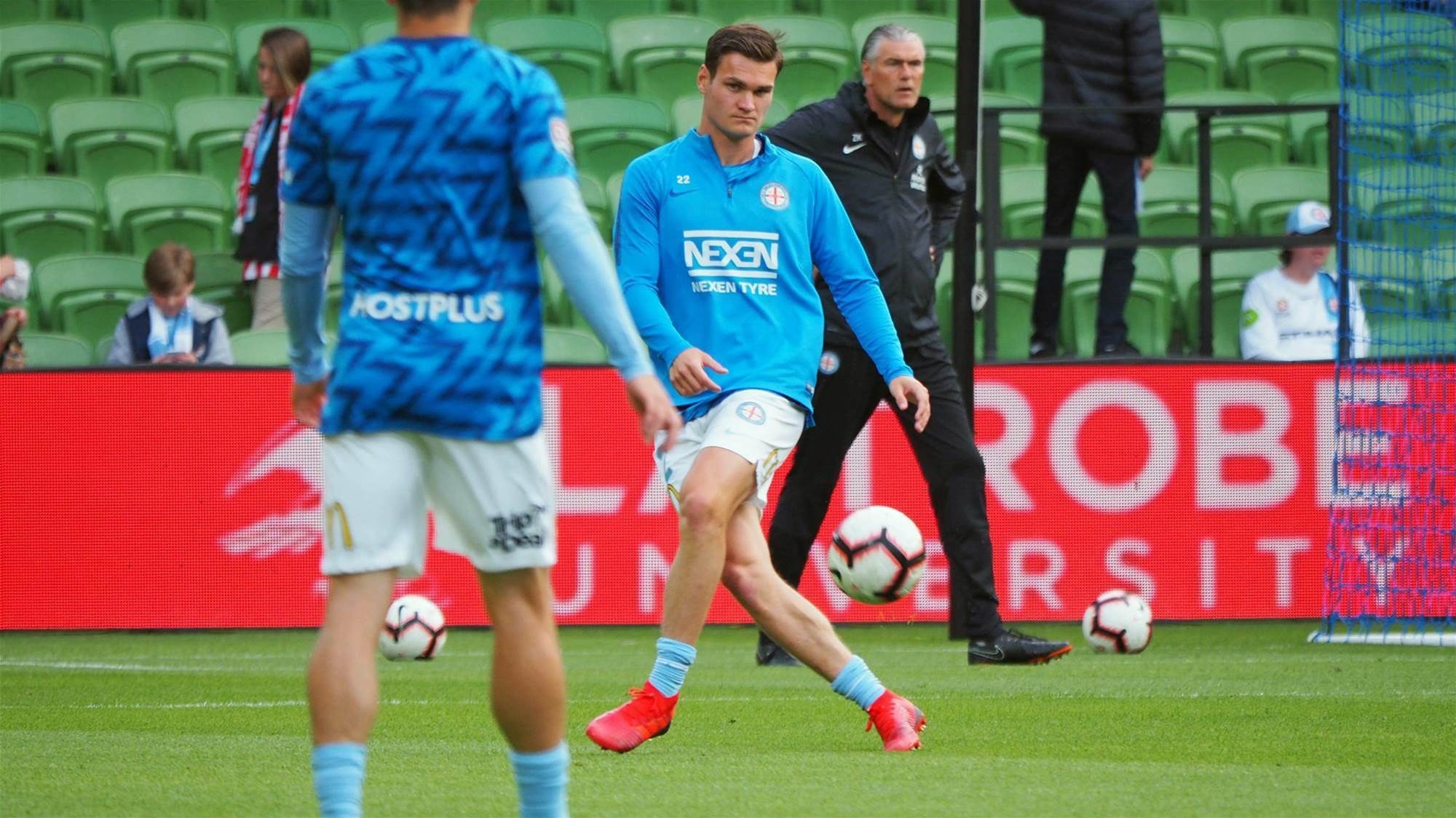 City beat Newcastle Jets 3-0 as Good came on for Lachie Wales, who iced the game in the 75th minute.

He managed a full game in the NYL Melbourne Derby last week and admitted there were nerves making his A-League return.

“You’d probably want to start to eliminate those nerves, but I suppose in my position, all the players want to start, but you just have to know when you’re coming on and then you do your job,” he said.

“As soon as the third goal went in, it was like ‘Bring me on anywhere’. It takes the pressure off and make it easier for the lads. Credit to them, we closed the game out nicely.

“There’s a real competition for spots, until the last day of training, you don’t really know if you’re starting or not.

“Credit to the boys because everyone is giving 100% and there’s no weak links. It brings the standard up and I think it makes the gaffer’s job harder and he prefers it.”