Greater Dandenong City Mayor Jim Memeti says support for an A-League club in Melbourne’s south-eastern suburbs is so strong it would have 20,000 members in a month.

The councils of Casey, Cardinia Shire and Greater Dandenong launched a bid to be Melbourne’s third A-League club earlier this month under the name of Team11 with former Socceroo Vince Grella as an ambassador.

Based in the south-east of Melbourne the region has a population of 1.2 million people and 89 registered clubs playing football with over 12,000 players.

Memeti explained that it was the grassroots football community that was the driving force behind Team11’s push to join the A-League and the club would have a massive instant following.

“I honestly believe that If we had this team ready to go tomorrow that we would have within a month, 20,000 members,” Memeti told FourFourTwo.

“The southeast of Melbourne is the football heartland of the nation. Dandenong is the multicultural capital of Victoria with over 156 different nationalities.

“I’ve got people coming to me and sending me e-mails on a daily basis about where and how they can join and what can they do to help this club.

“We are in the process of setting up our steering committee and we’ve got some reputable business people involved and the councils will be represented as well,” he said.

“We’ve been speaking to Mark Bresciano and he was also at our launch and he has expressed to me that he is more than happy to come on board.

“We would have no problem in being a profitable club. We would have huge support and sponsorship from our business community and manufacturing industry.

“The south-eastern suburbs have 43% of the manufacturing industry of this state and most of those businesses are in Dandenong.

“We will be ready to submit an A-League bid in the next few months which as far as I know will be in October.” 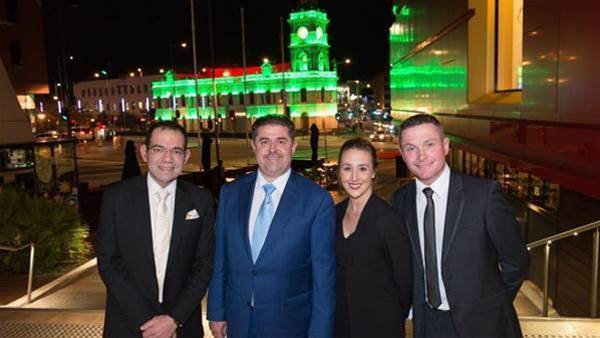 Plans for the bid include a boutique stadium in Dandenong and a training and administration base at Casey Fields which local, state and federal government could assist in financing said Memeti.

“We are in talks with Victorian Premier Daniel Andrews about building our stadium in Dandenong,” he said.

“The councils are also offering the land to build the stadium so that would probably be on a 99-year lease.

“With Casey fields, they’ve already got the land and the council is prepared to put in 50 per cent of the money and match the other 50% of the funding whether it be state or federal government to build their training and administration offices.

“That training facility is a 20 million investment that would have 4000 seats built so the W-League team could play at a full house at every home game.”

“For this club to be successful it needs to build a stadium in Dandenong and have the facilities in Casey and we would be ready to play our home games by 2019/20 season.”