Ulises Davila feels assured his wife and three-month-old baby are safe in COVID-19 hotbed Mexico after re-joining his Phoenix teammates for the A-League.

Wellington star Ulises Davila feels assured his wife and baby aren't in danger in COVID-19 hotspot Mexico which is why he returned to play out the A-League season.

While a scattering of import players at other clubs, along with some coaches, chose not to travel back to Australia for next week's competitition resumption, Davila and England striker Gary Hooper put themselves through Sydney hotel isolation to rejoin the third-placed Phoenix.

Davila, one of the league's shining lights before its suspension in March, conceded his decision was a wrench given the circumstances.

Farewelling three-month-old son Ulises Junior was hard enough, let alone flying out of a country where the infection curve is steepening and the pandemic has inflicted more than 32,000 deaths - the fifth most for any nation.

"It was hard to say goodbye to my wife and the boy but at the same time I want to come back and play again and try to win the league and go back home as a champion," Davila told AAP.

"For me, it is important to know they are fine. They are safe at home and they are staying at home. I'm confident we will be ok because they are undertaking all the care possible."

Davila, 29, said he is comforted by a daily video connection with his family.

Another important step in his mental wellbeing was joining his teammates last Friday following two weeks of isolation in a cramped hotel room.

He released social media footage of an improvised training regime which involved practising his trademark dribbling skills in about two square metres of space next to his bed.

"It was hard to be by myself in only a small room. For sure you lose some fitness but you get by with what you can do," he said.

"It's a big challenge for sure for everyone. To go from 2-3 months of not training but we will try to get there in time for the first game."

The attacking midfielder will hope to build on his tally of 11 goals and five assists when they meet leaders Sydney FC on July 17, but said he will accept coach Ufuk Talay's decision if he is deemed not physically ready for the assignment.

With the Phoenix facing six fixtures in the space of 24 days, Davila was prepared to end his run of starting every game this season - a statistic he shares with central defenders Steven Taylor and Luke DeVere and goalkeeper Stefan Marinovic. 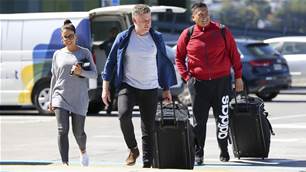 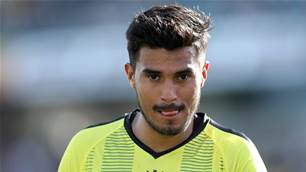