Socceroo Milos Degenek says playing against some of the world’s best attacking players in the UEFA Champions League will help him take the next step as a defender.

A month later, Degenek remarkably helped Red Star qualify for the Champions League group stage for the first time since 1992.

Red Star were grouped with Paris Saint Germain, Liverpool and Napoli with the 24-year-old defender coming up against some of the world’s best attacking players such as Neymar, Kylian Mbappe, Dries Mertens and Mo Salah.

The Serbian champions drew 0-0 with Napoli at home on matchday one before a tough 6-1 loss away to the Parisians with Neymar netting a hat-trick.

“It can help,” Degenek said.

“The opposition are some of the top clubs in Europe, Paris, Liverpool.

“We try to implement things that they do in our training sessions.

“I try to look at what they do and bring it into training and work off that.

“It’s a good challenge playing against the world’s best players.”

The Sydney-raised talent added that he was living his dream playing in the Champions League only a few months after being part of Australia’s squad at a World Cup.

“It was very nice to be part of the squad to go to the World Cup, that’s one of my dreams.

“I didn’t play but I’ve still got time. Hopefully in the next World Cup I’ll be there and get some minutes.

“Club wise, the Champions League is the pinnacle, it’s something I’ve always dreamed about.

“Playing for Red Star, in front of my family, is a big dream come true for me.

Degenek is in camp with the Socceroos ahead of Tuesday morning’s friendly against Kuwait from 3:30am AEDT. 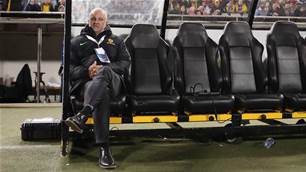