Milos Degenek has launched a remarkable mea culpa across television interviews and social media this morning, taking full responsibility for costing his "brothers a chance to live the dream."

Degenek's mistake gifted the sole goal of Australia's 1-0 loss to the United Arab Emirates' to the hosts, as Australia slumped out of the Asian Cup.

The Socceroos defender's 68th minute backpass to Mat Ryan was easily intercepted by UAE's star striker, Ali Mabkhout, who then rounded the Aussie keeper before tucking away the quarter-final's only strike.

Rather than hide from the criticism, Degenek emerged immediately on both Instagram and television to take responsibility for the loss.

"I won't hide away from the fact I cost our country and my brothers the chance to live the dream by winning another trophy," he posted.

"I don't need anyone to show sympathy or say sorry, it's football, it happened.

"It is the biggest honour to be playing for Australia, the country I love, and the month we had here was amazing."

While Degenek's mistake led to the Socceroos conceding, most of the criticism has been levelled at Graham Arnold for a tumultuous campaign.

Australia opened their tournament with a disappointing 1-0 loss to Jordan, which immediately led to calls among fans for the coach's replacement. After a spirited response to win against Palestine, a shaky 3-2 win against Syria allowed Australia to progress from the group stages.

The Socceroos then relied on penalties to get past Uzbekistan, who had multiple chances to win their Round of 16 match by limited Australia to lackadaisical ball movement.

Degenek had been one of Australia's most consistent performers in both the lead-up and then throughout the tournament, leading to the defender signing a contract with Saudi Arabian giants Al Hilal after Australia's group stage progression.

"Obviously he's hurting at the moment but I'll make sure that he's okay.

"He's a fantastic kid, fantastic professional and he's got a long future with the Australian national team." 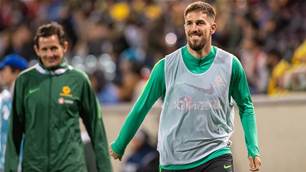 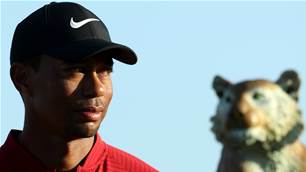