"I’m not too stressed about Melbourne Victory," Deng said.

After nearly half-an-hour discussing his personal relationship with domestic violence, in support of the men's health campaign he promotes, 'The Line', discussing football arrives as a welcome relief.

Melbourne Victory have just announced the appointment of one of the hottest - and suitably, most fiery - coaches in A-League football, Marco Kurz.

The German is legendary for leading a threadbare Adelaide United outfit to an FFA Cup victory last season, and within a hair's breadth of a Grand Final appearance.

He was controversially ousted in favour of a Dutch youth-development specialist, with the club's sight-unseen Dutch owners preferring a less demanding, more understanding coach at the helm.

But it's resulted in a promotion for the former Bundesliga coach, who now takes the reins at the A-League's oft-regarded 'biggest club'.

Although if they're to maintain that title, Kurz will need to re-evaluate what's expected to be success. 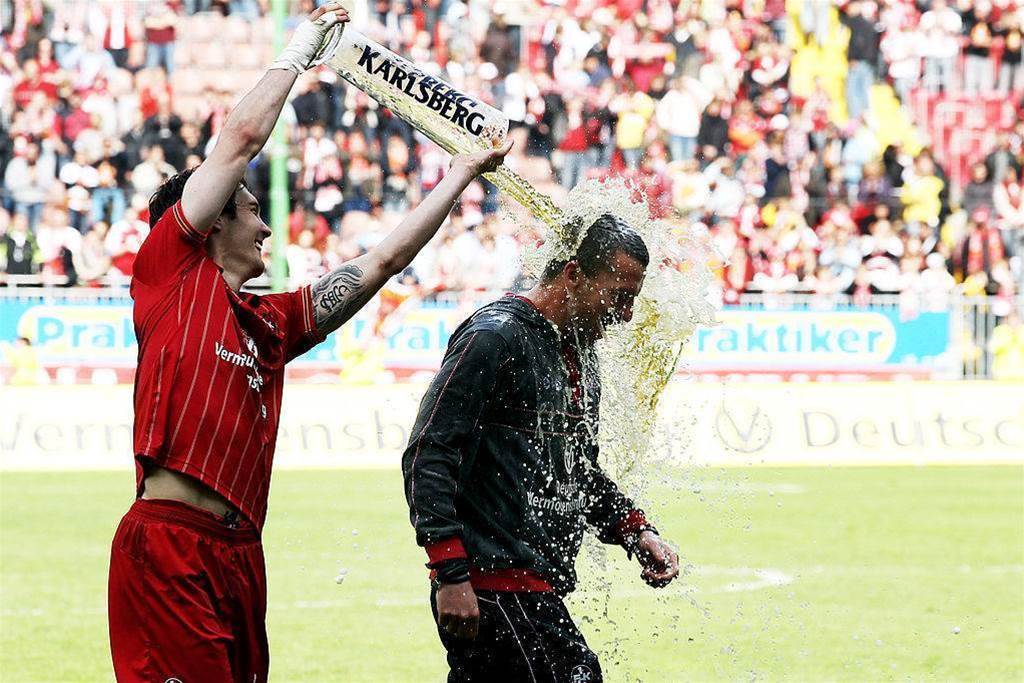 The former Bundesliga coach has enjoyed intermittent success throughout his career.

"I’ve only heard good things about Kurz," Deng says. "When I went away on Socceroos camp I was speaking to Craig Goodwin about how he is as a coach, he says he's good.

"Craig said he loved his time with him, he was a good coach. He’s tough," Deng laughs, "As Germans are.

"But I think for someone young like me, it’s going to be a good learning experience."

The 22-year-old has high expectations this year. He's now a Socceroo and an effective veteran among an evergreen Victory lineup after the departure of several key stars.

The void left by the exit of Carl Valeri, Keisuke Honda and Kevin Muscat, among others, places a growing responsibility upon the Sudanese-Australian's shoulders, but it's one he intends to bear wholeheartedly under his new German gaffer.

"The massive objective is the Championship and to finish first," Deng says.

"To lift the Premiers Plate and Championship would be nice, and to get a few more games for the national team. Try our best, try to be more consistent.

"If I can be more consistent and be my best, I'll have done my job."

There's a personal ambition behind Deng's eagerness for Kurz's takeover: the chance to experience a German coach and gain greater insight into what they demand in football's Elysium - the Bundesliga.

But while Deng believes Kurz will be pivotal for his personal development, he also believes the resources that will now be made available to Kurz, will be important for the German as well.