DERBY County have received no offers for midfielder Will Hughes, according to manager Nigel Clough.

The 18-year-old has reportedly been the subject of interest from Liverpool after impressing in the last two seasons following his debut for the club aged 16.

Last season saw him make 38 appearances in all competitions for the Championship club, while he also made his England Under-21 bow in November 2012.

Clough, though, played down speculation linking Hughes with a move away from Pride Park by confirming there have been no official approaches for the player.

"There's obviously speculation about Will Hughes flying around but we have had no bids or contact from anyone. Nothing has changed," he said.

"I cannot predict what is going to happen but I do not see it changing. I think it will be pretty much as we are when the window closes, unless there is somebody sitting there with an awful lot of money burning a hole in their pocket."

Clough has admitted Derby are prepared should they receive an official bid for the youngster.

''If somebody comes in through the front door and makes an official enquiry or bid, we will have to react to it," he said.

"But we are not in a situation where we have to do anything, which is lovely.

"Would it be more than £6million? Yes, I think it is fair to say that. We just think it is going to be a very, very substantial figure to tempt him away."

Hughes has started in all four of side's games this season in all competitions. 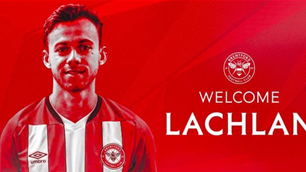