Wellington Phoenix coach Ufuk Talay is taking a punt on Gary Hooper and is prepared to field the unfit marquee striker against Brisbane.

Searching for a first A-League win, Talay has named the former Celtic centre forward in his matchday squad for Saturdays critical home match.

Wellington sit three points adrift of the field after losing their first four games, drawing 1-1 away to Melbourne Victory and then having to sit out a bye.

The break was timely as five players were involved in All Whites friendlies against Ireland and Lithuania in Europe, while Reno Piscop had Olyroos duty.

Talay said all the internationals had recovered since returning midweek and were available.

However, a cloud remains over Hooper, who missed the match against Victory with a quad strain and has barely trained since with his teammates.

The 31-year-old made abbreviated appearances in losses to Melbourne City and Perth but Talay's early cautious approach with the Englishman has evaporated this week.

The coach confirmed 31-year-old Hooper would be on the bench and will probably enter after halftime.

"You want to take calculated risks with players. The game is very important. For me, this game is like a final for us," Talay said on Friday.

"We need to get three points to stay with the group because you don't want to get too far from your opposition.

Captain Steven Taylor was equally anxious for his English compatriot to play and alleviate Wellington's biggest problem this year - an inability to finish good chances.

"He's a massive player for us, we know the quality that Gary brings to the squad," Taylor said.

"The A-League don't have that kind of quality he possesses. His goal record speaks for itself."

Taylor is wary of a Brisbane team who came alive themselves on the goal front last week, notching their first win with a fighting 4-3 upset of leaders Melbourne City.

He was well aware of the threat posed by hat-trick hero Roy O'Donovan but was also impressed by the size and touch of Welshman Aaron Amadi-Holloway in his maiden A-League start.

Taylor lines up alongside long-time Roar centre back Luke DeVere in what has been an effective combination during a difficult start to the campaign. 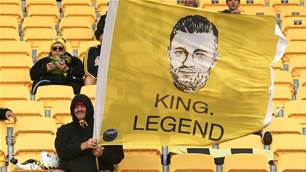 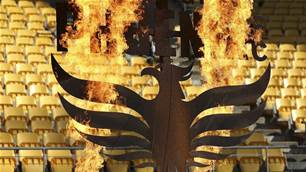