This young Aussie is poised for big things in his second season with Brisbane Roar.

Devante Clut is part of the new breed of attacking Aussie footballers – and poised for big things in his second season with Brisbane Roar. 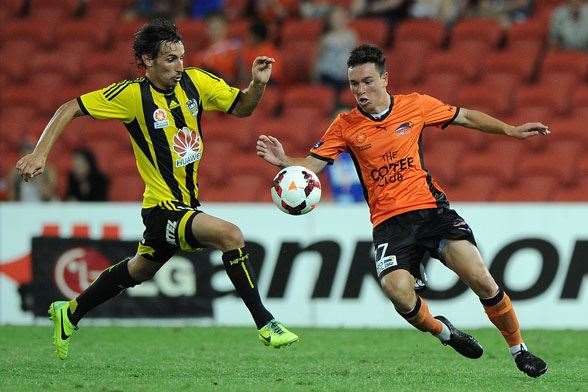 A talent honed on the playing fields and futsal courts of Western Sydney, Devante Clut has followed the path of two highly skilled Socceroos, Harry Kewell and Tom Rogic. Clut grew up in Green Valley and was a junior with Freeman Sports, Canley Heights and Smithfield RSL, the club based in Kewell’s home suburb. The attacker went through the famed Westfield Sports High production line, just like Kewell, but then took a detour. After being mentored by Central Coast No.10 Glen Trifiro and Leo Carle, a former NSL player and the brother of Sydney FC’s Nicky Carle, Clut passed on the option of playing in the National Youth League with the Western Sydney Wanderers. Instead, the playmaker signed up with Parramatta FC in the NSW State League to play against seasoned professionals.

It was there that the then 16-year-old developed quickly, under the guidance of ex-NSL manager Lee Sterrey, and learned to survive against bigger and seasoned opponents. “Lee helped me a lot,” Clut says. “The quickest way to progess is to play in an older age group. I have a lot to thank for that.” He thrived in that tough environment, scoring seven goals in 14 appearances, and also had a stint with Nike’s global football competition, The Chance. Rogic had won The Chance three years ago and Clut was picked as one of the top 100 amateur footballers in the world to be selected to train in Barcelona. After a trial with English Premier League club Stoke City, he returned home, and not long after Brisbane Roar came calling. Clut signed with the Roar’s youth team in October 2013 and in January this year, at 18 years of age, he made a stunning first-team debut, scoring a brilliant volley from outside the box to help Brisbane to a 2-1 win. The midfield maestro was quickly selected for the Young Socceroos and in February agreed to a new two-year professional deal with the A-League champions. 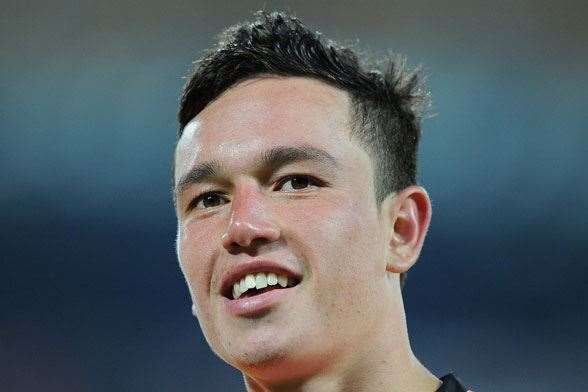 Standing at just 1.75 metres tall and slight of build, Clut is more Diego Maradona in stature than the gangly Rogic or athletic Kewell. But with his close control and passing range, as well as his ability to find the back of the net, the Sydneysider is certainly similar to those one-time green and gold prodigies. Clut’s father, Dave, one of the biggest influences on the youngster, says his son’s idols growing up were Zinedine Zidane, Thierry Henry and Argentine icon Maradona, but he never modeled his game specifically on anyone: “He just played. At a younger age he played all over the place. Defensive midfield, central midfield, as a second striker, holding striker and even on the left wing.”

At the Roar, Clut is surrounded by cultured footballers, such as Thomas Broich and ex-Manchester United midfielder Liam Miller, and his talents are going to the next level.

“They’ve helped me a lot,” Clut says. “Mike [Mulvey, Brisbane coach] has given me a lot of good advice. We all work to develop each other.”

Grounded and ambitious, Clut is targeting more A-League action this season. Just turned 19, he knows he has a long way to go and that Suncorp Stadium is the best place for him to learn. “His main strength at the moment is his ability to find good areas and bring other plays into the game from advancing midfielder,” Roar skipper Matt Smith believes. “His enthusiasm to keep learning will put him in a good position for the future.”

“He’s only a short, little compact kind of guy but he’s got a pretty vicious shot on him. He can hit a ball pretty powerfully. He’s got quick feet and a sharp turn ... I think he thinks he’s going to be a big talent.”

“Devante is a quiet and respectful lad who has embraced the Roar culture. He is a young player with a good attitude and willingness to learn.”

Train at home like Sam Kerr, no equipment needed