Defensive midfielder Kenny Dougall's form for England's relegation-threatened Barnsley has put him in line for maiden cap for the Socceroos.

Kenny Dougall has flown from a bleak relegation dogfight in England into the desert for a chance to shine with Asia's form team in the 2022 World Cup qualifiers.

The defensive midfielder has been called up to the Socceroos squad for a third time and is pushing for his maiden cap against Jordan at 6pm on Thursday (Friday, 3am AEDT).

Dougall joins an Australia team, who have scored 15 goals in their three qualifying wins and let in just one, giving them the biggest goal difference in this round of Asian qualifying.

In stark contrast, his English Championship club Barnsley are currently dead last in the 24-team ladder with a solitary win and an ugly goal difference of -17.

"In the change room we are all quite positive, which may seem strange for a team struggling for points," he told.

"We are all quite confident we can change it. It is one of those things where you need a bit of luck, if you nick a win here and the whole mood will just go from good to outstanding and hopefully you can kick on from there.

"We know it's going to be tough, everyone has written us off from day one."

"Kenny's been doing great at Barnsley, he's playing every week, we had him in camp in Turkey when I first started the job and he was impressive," Arnold told AAP.

"He adds a different dimension to what we've got." 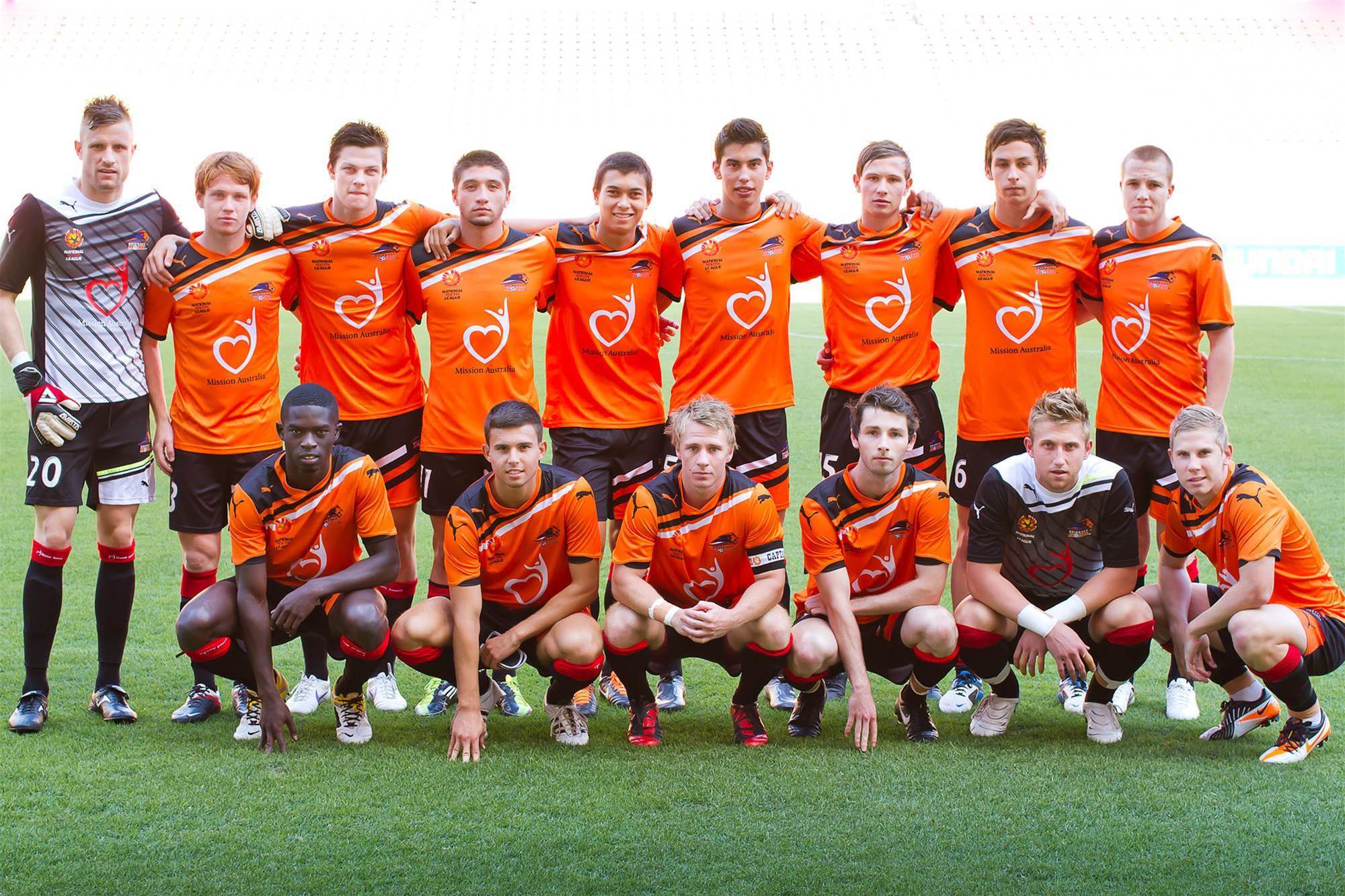 Reunited - Dougall, centre back row, with fellow current Socceroos Brandon Borello next to him and keeper Andrew Redmayne at the end, from Brisbane Roar's youth team in 2011. Pic courtesy of Brisbane Roar

Dougall was humble when asked about his own qualities, but he did give an idea of the players who have given him inspiration.

Rather than Claude Makelele's pioneering 2005/6 season at Chelsea in which he redefined the defensive midfield role globally, Dougall admires the current crop of world-class stars.

"I grew up watching him (Makelele), but it was a little bit before my time to properly understand him. In the current generation you look at (Sergio) Busquets at Barcelona, he's unbelievably on the ball," the Australian said.

"On the ball if you can try to be anywhere near (the level) he is you'll be world-class.

"In terms my own role, I don't look at a specific player, I sort of take bits from here and there and try to make my own identity."