When it’s summer, in Australia, if you don’t like Billy Birmingham that’s a real bummer because, more often than not, he’s the number-one man in town.

When it’s summer, in Australia, if you don’t like Billy Birmingham that’s a real bummer because, more often than not, he’s the number-one man in town. 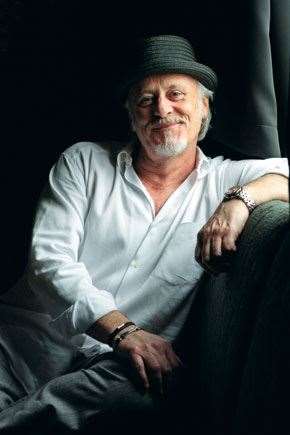 You know who he is. Let’s face it. There’s a 90 per cent chance you’ve bought at least something of his over the years (25 since he began taking the piss out of Richie and the team, to be exact). His latest offering is called The Box Set, the seven-disk complete works of the great man featuring famous titles like Still The 12th Man, Bill Lawry … This Is Your Life and The Final Dig?  Yep, he’s a funny man alright, but he’s achieved serious success on our album charts: he’s sold in excess of two million albums in Australia alone and he’s the only Aussie recording artist in history to have seven consecutive number one albums. Oh yeah, and he’s a multi-ARIA award winner, including the prestigious ARIA for highest selling album of the year. (See, we’re all over his career like “spots on grandma”.) Matt Cleary caught up with The 12th Man and The Back Page panelist and hasn’t been the same since …

Did you watch much cricket on television as a kid?

Not really. I went to school in the ‘60s, did my HSC in 1970. If you were a real cricket fan you were into it, but it certainly wasn’t in your face. There was a bit of black and white coverage on the ABC – one camera from one end. It was just wallpaper. A lot of my mates drifted away from it and lost interest, and it was the same for a lot of people. Then Kerry Packer came along in ‘77. He got Richie Benaud and Tony Greig on board and came up with this idea of – my expression – putting a bit of “Hollywood” into it. And then it was under lights; white balls, coloured gear. All of a sudden, whether you were a small, medium or rabid cricket fan, the game you knew was being presented in an exciting way. It highlighted the gladiatorial aspects of a guy hurling a rock at another bloke, on 20 different cameras, under lights. It was an instant success as far as I was concerned.

I knew of Richie through the ‘60s, a former great Australian captain, a hero. You didn’t have to know cricket to know Richie Benaud. And all of a sudden there he was on TV. He used to ride side-saddle, slightly three-quarters, and he was turning up in jackets with shades of white, off-white, bone, ivory, beige. And I could not believe that was how his voice sounded! It was very distinctive. And as someone who had a penchant for imitating voices, doing people off TV, teachers at school, making Mum and Dad laugh, he was a goldmine. But I never thought I could hone this craft and make a living out of it. I was just doing Richie. I thought it was something everyone did.

And from that sprung The 12th Man?

So, the summer of ‘83/84, I was sitting back counting my money [following the success of comedy piece Australiana, which Birmingham wrote in 1981], and I’m doing what I’ve done for the previous six years: sitting there on a Sunday with a beer in my hand, with my mates, watching cricket, and mimicking voices. “Marvellous effort that; half-a-dozen Mars Bars; double-decker bus; got ‘im, yes!” Just blokes watching sport and taking the piss – the two great Australian pastimes. We all used to mimic; it just took me a while to realise I was better than everyone else. One day I just thought, ‘I wonder if that would work as a record?’ I went out to the backyard and I was so familiar with it, I didn’t need to write much, and I just closed my eyes and heard the bum-da-bum-da-bum cricket theme music. And then it’s Richie, side-saddle, saying, “Welcome back to the MCG” and, “Players and umpires are moving out into the centre, so let’s have a look at what happened earlier today.” And then he’s got to fill five-six minutes, show some wickets. I put it onto a dictaphone and played it to some mates over a beer. They liked it. I put it on a cassette and took

it down to EMI, and this little spoken word comedy piece went to number one.