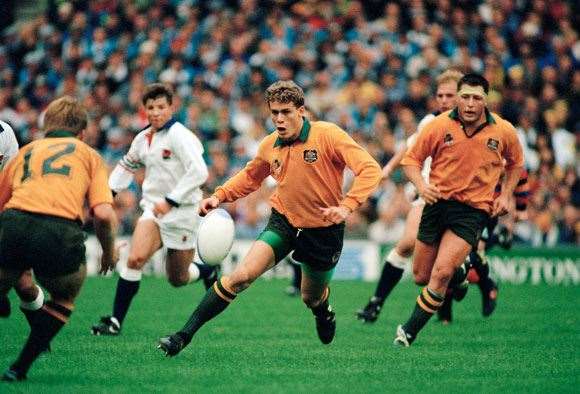 A loose ball retrieved at Twickers in ‘91.
Images: Getty Images

So that would seat you opposite Aussie rugby supremo John O’Neill?

Not me personally, but I guess the issues coming through do. I think the Rugby Union Players’ Association is having a lot more considered and conciliatory approach to the agreement than it had previously, so I think there’ll be a good result for everyone.

The players would have to appreciate that rugby union hasn’t kept growing the way it looked like it was headed six or seven years ago ...

I think in 2003, with the rugby union World Cup in Australia, it was probably at its peak in revenue and support, but it’s really floundered post that.

Do you put that down to the lack of Wallaby success, or is it problems with the game itself? You’d know there’s been a lot of frustration from even the most hardcore fans about the game’s rule interpretations ...

Well, I have to agree with you there. And I was one of those as well. I would cringe sometimes going out to watch a game because it just wasn’t

I grew up with the feeling that watching the Wallabies run on to a paddock was the greatest sight in sport, but I have to admit I’ve struggled in recent years to get excited ...

Exactly. I think the lowlight was not selling out the Bledisloe last year – previously you could sell it out 50 times over.

Things seem brighter this season with the rule tweaks in Super 15. It seems the change in interpretation of the rules is allowing for a better spectacle ...

A more fluent, open game – definitely. I think the big challenge for Australian rugby is the influence it can have on the International Rugby Board. We are the most competitive sporting market there is. We need to move faster than the IRB to allow the game to continue to flourish and grow in Australia. That’s the big challenge.

How great would it be if our whole country followed just one code?

Can you can sit down and watch an Aussie rules match from go to whoah?

I can. And English soccer. For me it’s about appreciating amazing athletes. Just the skills some of these people have.

Yeah, definitely. I love watching the Wests Tigers – Benji Marshall. I used to love watching the Cowboys when they were at their best, throwing the ball around – anyone who has some skills and shows some enterprise.

Tim Horan would want me to ask you this question. Who’s the best inside centre you ever played outside?

Well, I didn’t play outside too many, so that’s a pretty easy question. To put it the other way, if Jonah was the hardest to play against, the best guy to play with was Tim: hard, mentally very tough – the harder the game got the better he played. You’d watch him play a club game – yeah, he’s good. Watch him play for Queensland – yeah, that’s pretty good. Watch him play a World Cup final or semi-final and he was phenomenally good. Mentally, he was able to lift himself. When I was partnering Tim we got called the world’s best centre combination – that was pretty good. Then I got dropped and Dan Herbert came in and they were the world’s best centre pair combination. I think you could have put a prop like Richard Harry outside him and they would have been the world’s best centre combination. 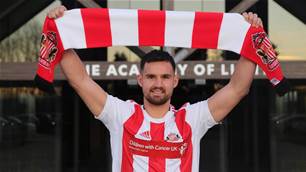