Born in Singapore, Edwards came through the AIS and then spent four years with English club Reading.

He made seven first-team appearances with the Royals before a loan spell with Perth Glory and then a move to Scotland’s Patrick Thistle in 2015.

Edwards had three years in Scotland but is enjoying his switch south and believes League One is an excellent stepping stone for Australians.

“The quality is really good. The likes of Bailey Wright and Massimo Luongo got called up from League One to play for Australia and did well at international level, and we’ve had two Cup games this season against Premier League teams.

“We beat Bournemouth in the Cup and we actually deserved the win. We won 2-0, we played really well and held our own. Then we drew Leicester and they were a different gravy.

“They’re quality, but we lost 3-1 but in the second half we held our own, we had a right go so the quality and standard there in the league is there to do well and like Jackson’s done and get a move after his time at Burton.

“Like Luongo’s done getting his move to QPR and now he’s at Sheffield Wednesday. League One is a good stepping stone.”

Edwards is signed to Burton Albion until the end of the 2020/2021 season but playing at a higher level, and potentially in Europe in the future, is still a goal.

“You look at Cahill and Aaron Mooy coming into the Premier League in their mid to late 20s,” he said.

“It’s something you want to target. I’m really enjoying my time on and off the pitch at Burton so to get promoted with them into the Championship would be fantastic.

“Long-term, you want to go as far as you. Whether that’s in the Championship, the Premier League – it’s always been an ambition of mine to play in Europe one day as well.

"It’s something to look forward to." 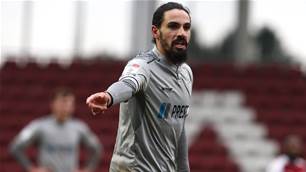