Elrich was substituted in the 25th minute of Adelaide's 1-0 loss to Melbourne City on Friday night, after landing awkwardly on his left leg during an aerial challenge with Osama Malik.

Speaking on Elrich's injury, the Club’s doctor, Dr James Ilic, said: “Following scans on Friday evening, we can confirm Tarek has ruptured the ACL in his left knee.

“Tarek will now see a surgeon on Monday to discuss the best course of action and to begin the recovery process as soon as possible.” 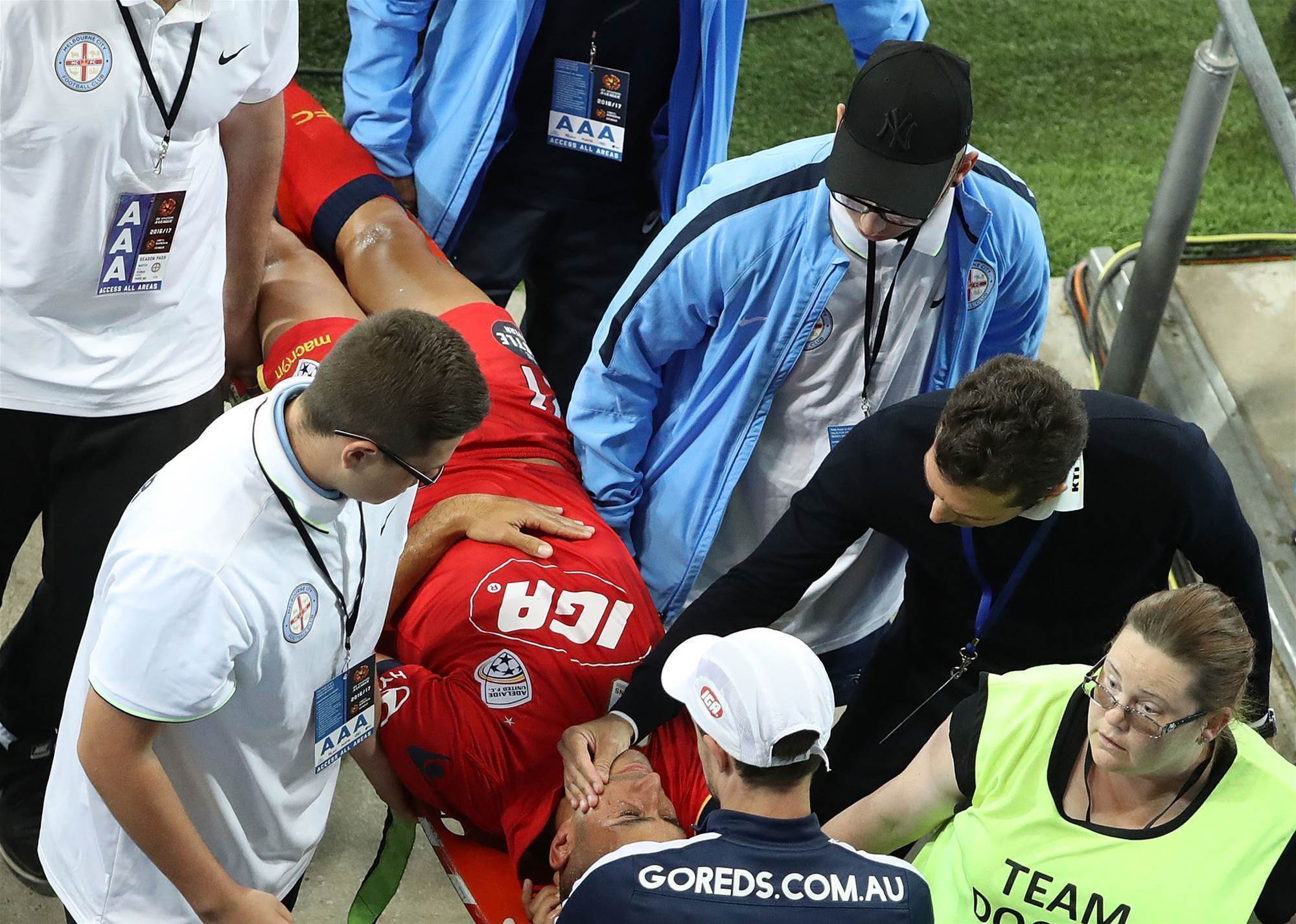 Adelaide Coach Guillermo Amor was visibly moved by the injury to the Reds stalwart and at one point was seen comforting the 30-year-old as he was stretchered from the pitch.

With the AFC Champions League clash coming up on Tuesday, Amor said Elrich's injury was a bigger blow than the loss to City.

Moments after the incident, and before the full extent of the injury was known, players took to Twitter to send their best wishes:

Just seen the replay of @elrich11 on @FOXFOOTBALL ... Hopefully it's not too bad bro 🙏🏾🙏🏾🙏🏾#MCYvADL #Praying

Thoughts are with @elrich11 hoping its nothing to serious! 😔