Newcastle's Emre is backing his club to make an impact in the Premier League as they launch a new era at St James' Park.

The 26-year-old Turkey international is convinced Michael Owen's return from injury and the recruitment of Mark Viduka will make a real difference to a side which limped into 13th place last season as an injury nightmare engulfed Glenn Roeder's squad.

By contrast, there is an air of optimism at St James' now with Joey Barton, David Rozehnal and Geremi having followed Viduka to Tyneside with the promise of more signings to come as new owner Mike Ashley's team gets to work.

Emre, speaking from the club's pre-season training camp in Stegersbach, Austria, said: "We will do much better next season with these players here.

"Both Mark Viduka and Michael Owen will help us perform much better and finish higher in the table than last season."

Last season proved a difficult one for Emre too as he had to launch a fight to clear his name after allegations of racist abuse were levelled against him.

A Football Association charge was found not proven by an independent commission as speculation mounted that his career in England would be over if he was found guilty.

Former club Galatasaray and their Istanbul rivals Fenerbahce, as well as German outfits Bayern Munich and Hertha Berlin, were monitoring his situation, and their interest was not killed off by the verdict as rumours mounted he would be sold by Roeder during the close-season anyway.

Emre missed the end of the campaign with an ankle problem, but swiftly signalled his intention to fight for his place as new boss Sam Allardyce replaced Roeder at the helm.

He joined up with his team-mates in Austria earlier this week having paid a visit to renowned expert Hans Muller-Wohlfahrt - ironically, Bayern's club doctor, although that was pure coincidence - and is desperate to get out on to the training pitch after missing the early sessions.

He said: "I don't think I can do any ball work for three weeks, but hopefully I will be ready for the start of the new season."

Emre, a £4million signing from Inter Milan in July 2005, has seen his time at Newcastle disrupted by injuries and the racism charge, which affected him deeply.

However, the Toon Army have seen flashes of his undoubted talent, and Allardyce will hope for greater consistency as he builds a new-look midfield in which Barton has replaced skipper Scott Parker.

The manager is continuing his pursuit of transfer targets having been assured by new deputy chairman Chris Mort there is money to spend.

However, he is refusing to risk leaving his senior squad short by loaning out some of his up-and-coming talents for the entire season.

Changes in the rules mean the likes of Tim Krul, Andy Carroll and David Edgar cannot now be sent out to be blooded at first-team level elsewhere for a month or two, and having seen injuries propel some of the club's youngsters into the senior ranks last season, Allardyce admits he cannot afford to take a chance.

He said: "The loan system has changed in the Football League this year and has now converted to the same system we have to put up with, which is only year-long loans.

"You can't do any more emergency loans, or one, two or three-month loans.

"It means if I am going to let a player go on loan, it's effectively a short-term transfer. There's no call-back or recall on that particular player.

"The last thing I want to do is leave myself short if anything happens." 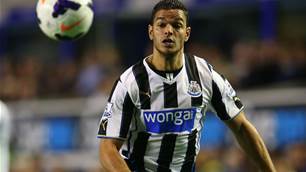 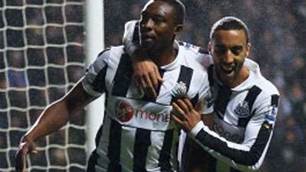 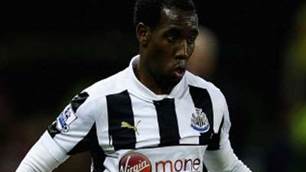