Forget Eurovision, the REAL party this year is in France

For the first time in the tournament's history, in 2016 the European Championships (June 11-July 11) will feature 24 nations battling it out for the right to be crowned Kings of Europe. The expanded competition has seen the likes of Wales, Iceland, Northern Ireland, Slovakia and Albania qualify for the tournament for the first time, while Hungry has qualified for the first time in 44 years. This installment of the Championships seems to be the most open ever, with the tournament anyone's for the taking. It'll come down to who can dictate under pressure and who will be able to find extra gas in the tank when it's needed most. Here is how Inside Sport thinks Euro 2016 will go down ... 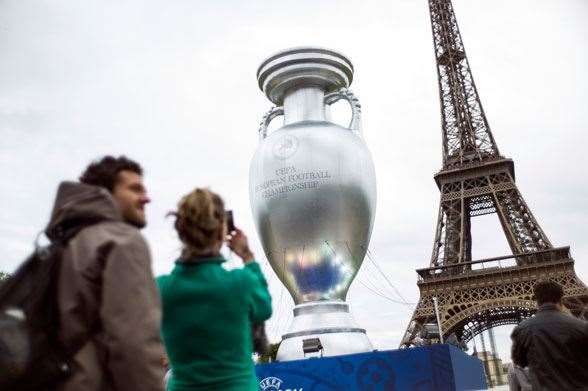 This current generation of players is the best thing to come out of French football since the 2006 World Cup. Disappointing campaigns in past Euros and World Cups have been forgotten since Didier Deschamps' tenure began as head manager. A brave outing at the 2014 World Cup certainly laid the platform for the future, which begins in this tournament amidst high optimism. France has a team glittered with exciting individuals and some of the best young players in the world. The brave call of dropping Karim Benzema due to a sex tape scandal involving former team-mate Mathieu Valbuena doesn't seem to be a worry for French fans. Unlike past legendary French sides, this current squad doesn't boast the defensive steal of the likes of Lilian Thuram, Marcel Desailly or Marius Tresor; young enforcer Raphael Varane, who is out injured, will be well and truly missed. With the side heading into the Cup as favourites, if history proves anything, this team will either ignite the entire event or implode and burn to the ground. 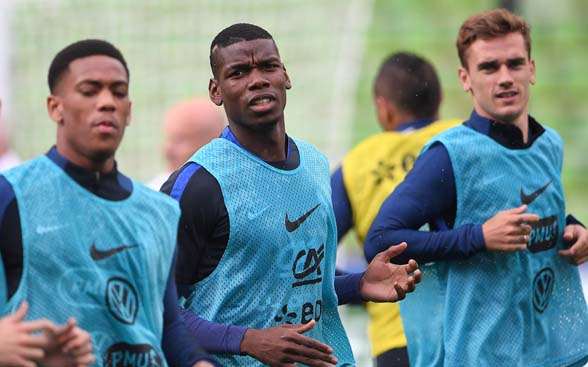 The back-to-back Euro champions lived through a nightmare trying to defend their world crown in Brazil two years ago. The side's tactics, which helped them through a period of dominance, have now been found out by many opponents, leading to Spain losing that all-important fear factor. Still, this squad contains some of the best players in the world who have won nearly everything football has to offer. With a dominant midfield, much pressure will be up front on Alvaro Morata and Aritz Aduriz after Fernando Torres, Diego Costa and Paco Alcacer were all left off the plane. Spain most likely will have the majority of possession, but in terms of finding the net, the load will have to be shared by all if there is any hope of them winning the Cup again. 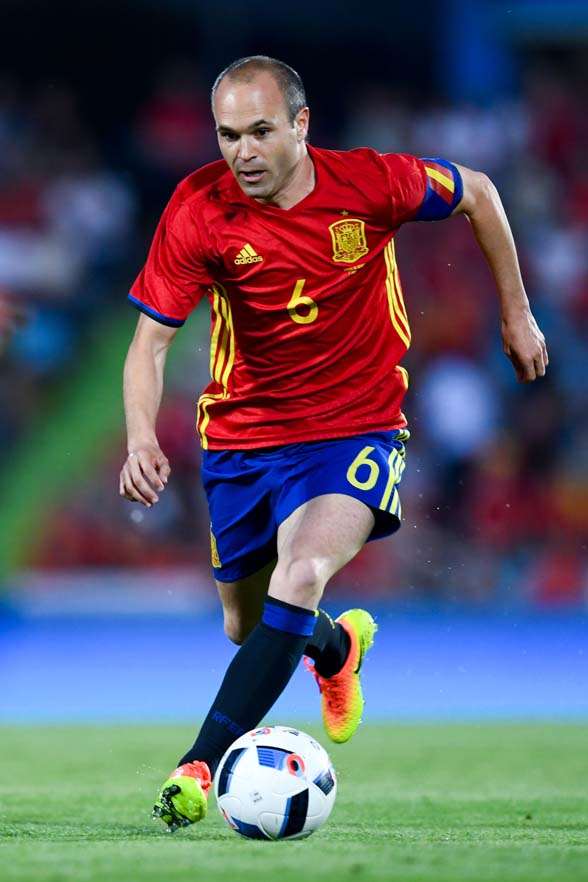 The reining world champions haven't exactly kicked-on since their triumph in Brazil two years ago. The side clearly misses the experience of Philipp Lahm, Miroslav Klose and Per Mertesacker, while current captain Bastian Schweinsteiger continues to battle fitness issues. With manager Joachim Loew tinkering with his World Cup-winning system, fans have seen his 4-3-3 change into a variation of 3-5-2. His new-found philosophy certainly hasn't won many admirers over the past couple years ... Whether that formation lasts throughout the Cup is yet to be determined, but it could well be a factor in the Germans leaving France as winners or losers. 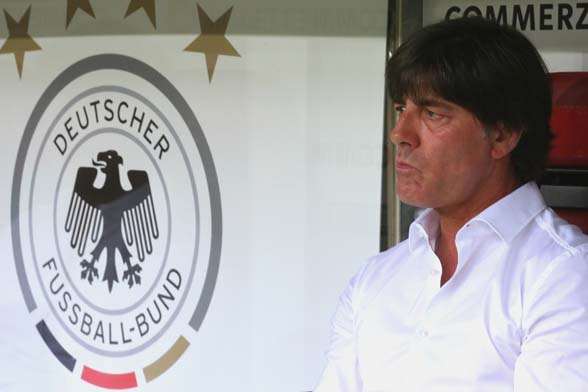 Joachim Loew has a tough assignment ahead of him if he wants to win back-to-back silverware with Germany. (Photo by Getty Images)

Even though they are in the middle of a golden generation, it's still hard to tell if this squad is ready to go further and win cups. After reaching the quarter-finals in Brazil, their performances were deemed as unconvincing but were seen as a positive learning curve for the inexperienced squad at the time. Two years on, the depth has expanded and the stars have developed. This tournament could be the start of something special for Belgium if Marc Wilmots gets it right. It certainly won't be easy, with captain Vincent Kompany ruled out through injury; a lot of pressure will be on superstar and new skipper Eden Hazard. After leading Chelsea to the Premier League title, he was one of the main reasons for their demise. The Euros will be an opportunity for him to right some wrongs and if he does, expect Belgium to challenge for continental glory. 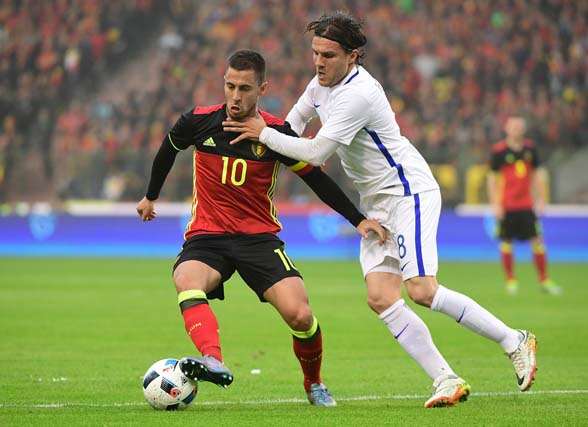 Will we see the best of Eden Hazard? (Photo by Getty Images)

It's difficult to determine which category to place England in. Are they contenders? Are they pretenders? One thing for sure is that this English side is better than we've seen for a while. With a quite a few young faces mixed with experienced heads - including Mr. Fairy Tale himself, Jamie Vardy - on paper England does look a serious threat. Though, there are still some issues. Many thought Roy Hodgson was lucky to keep his job after a disastrous campaign in Brazil; his future really depends on what happens in France. As much of a threat as they are going forward, there are defensive issues which may not have been addressed in time ahead of the tournament. 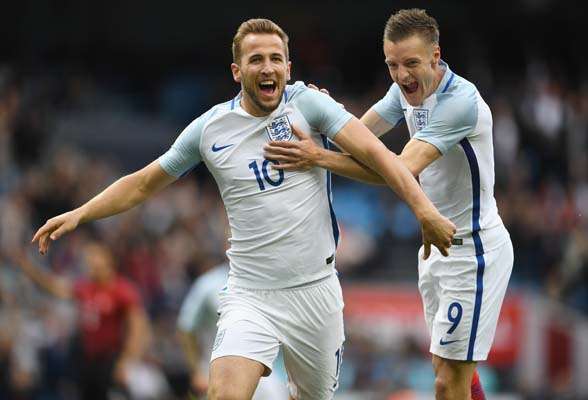 Famous for their fast cars and legendary football teams, it can be argued there are a lot of similarities between Italy's 2016 squad and Ferrari's current F1 fortunes. The Prancing Horse doesn't have enough in the tank to compete with Mercedes and indeed this football side doesn't have enough to compete with the teams pushing for Euro Cup glory. Yet, this is Italy and anything can happen. After Marco Verratti and Claudio Marchisio were ruled out through injury and with Andrea Pirlo moving to the MLS, it's difficult to see the Italians posing a serious threat. Even with these issues, though, the side still contains a rugged Juventus defence, supported by legendary captain Gianluigi Buffon and led by the man who got Juventus to where it is today, Antonio Conte. If their defence stays strong and they can get their attack going, Italy may cause a few surprises like they did four years ago. 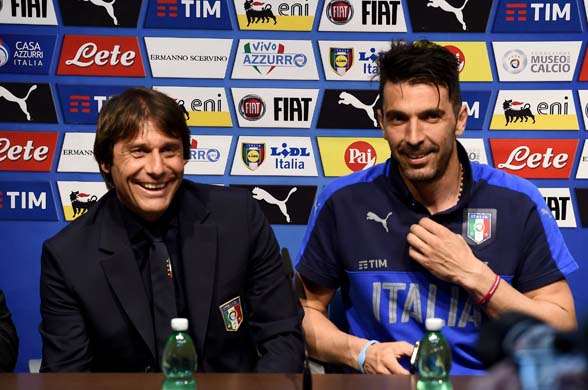 Antonio Conte wants to leave the Azzurri on a high before he takes the reigns at Chelsea. (Photo by Getty Images)

The Portuguese will need to improve after a horrible and embarrassing group-stage exit in Brazil. The past two years, however, has seen the national side rejuvenate, welcoming many young players and mixing them with some of their more-influential leaders. The next few years could be Cristiano Ronaldo's best chance at challenging for silverware for his nation, as there are many exciting players coming through. The problem for Portugal now is that - unlike France and Germany who find themselves in a similar situation - not many players are actually in their prime. Besides a few, the majority of their troops are either too old or very inexperienced. 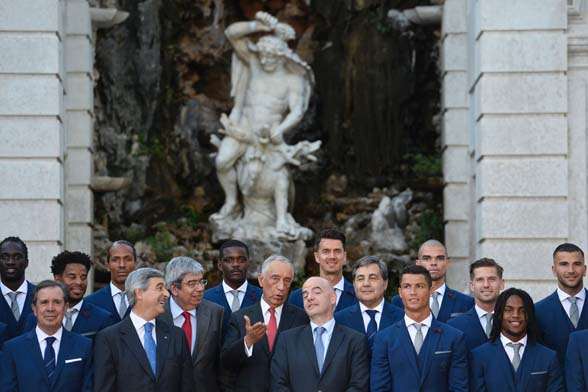 Portuguese President Marcelo Rebelo de Sousa and FIFA President Gianni Infantino wish the national side the best ahead of its European campaign. (Photo by Getty Images)

With players plying their trade for some of the biggest clubs in the world, much more was expected from Croatia in Brazil after they were knocked out in the first round. Now, under the leadership of Ante Cacic, there are still question marks around this team. On paper Croatia is dominant dark horse that could push any heavyweight on its day, yet there is little reassurance in knowing what Cacic is planning. Various formations and tactical plans have been trialed and being this close to the tournament, there is no guaranteeing what his primary choice will be. If he gets it right, Croatia could fulfill its potential. If not, it could be a similar story to the one in Brazil. 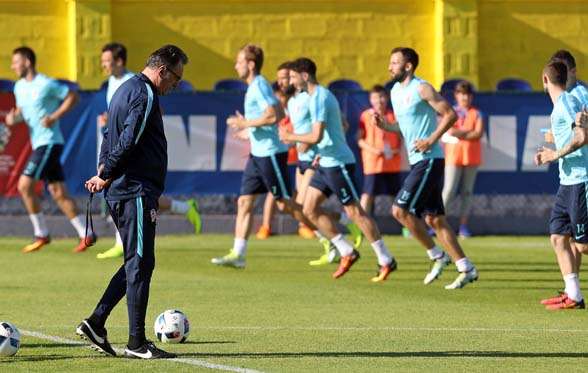