Josh Risdon is looking to impress with Western Sydney Wanderers this season to remain in Graham Arnold’s plans for the Asian Cup in January - and possibly seal a move overseas.

The right-back played three full games for the Socceroos at the 2018 World Cup earning him offers of a dream move to Europe – only to see the chances fall through and slip away.

Clubs from Russia and Turkey were reportedly keen on poaching the Roo during the World Cup.

But Risdon doesn't have an EU passport and visa issues ultimately ended hopes of a switch overseas, admit sources close to the 26-year-old.

However it's understood he could still move in the January transfer window if a club in a country with less stringent visa requirements shows interest in the Socceroo.

Today though, Risdon said his mind was only on the Wanderers for now after helping them to a 2-1 away win over Melbourne City in the FFA Cup quarter-final last week.

“At the moment I’m just focusing on playing well because if I start thinking too far ahead, then it might affect my game,” Risdon told FTBL.

“If my performance drops then it affects my chance for the Socceroos and other opportunities. I’m just focusing on doing my job for the team here and if I’m doing well and things come from it, then that’ll be awesome.

“There was a window after the World Cup where I could’ve possibly gone and nothing eventuated. I was looking across Europe and Asia but nothing really came of it.

“I’m very happy I’m back at the Wanderers now and I’m really enjoying it. We’ve got a good bunch of boys, good coaching staff and we’re doing well.” 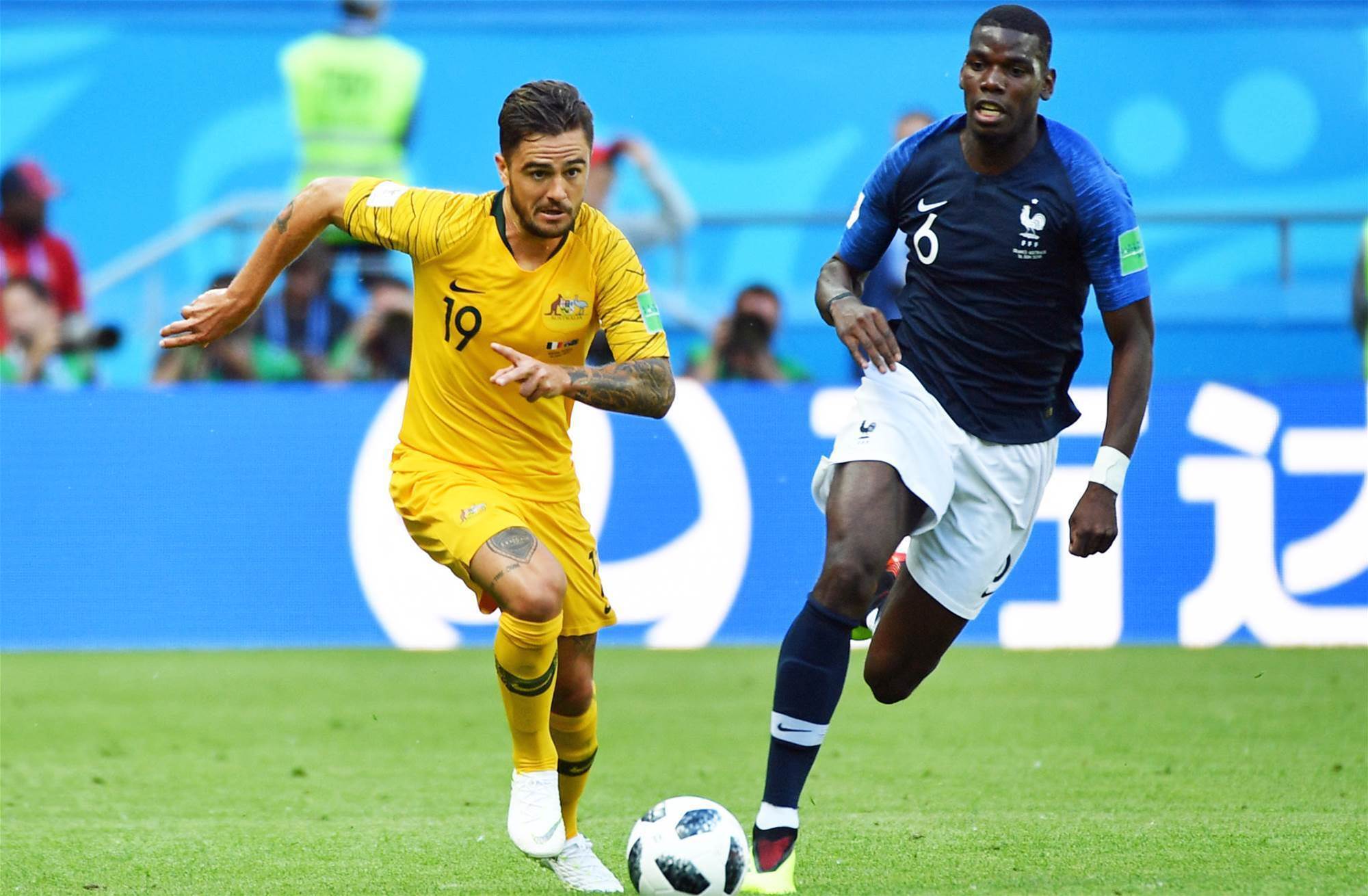 Risdon against Paul Pogba in Russia

Risdon said he was still pinching himself over his World Cup experience.

“It was an amazing time – that whole three months with camp leading up to it and the tournament itself was amazing,” he said.

“It feels like so long ago that I was there. Over time I think I’ll appreciate it more, but at the moment it still feels a bit surreal.

“Looking back at it now, it drives me more to want to play at that high level and hopefully I can be at the next World Cup as well.

“The press conferences were a bit different to what I’m used to. Doing interviews in Australia there’s only a couple of cameras here and there and a few journos, so it’s like whatever.

“It was pretty nerve-wracking speaking in a room full of media in Russia and I’m not the best with public speaking in front of cameras. I don’t enjoy it too much, but it’s all part and parcel.”

The boy from Bunbury said he was enjoying working under new Wanderers coaches Markus Babbel and Jean-Paul de Marigny.

“Markus has been very good to work under and he’s come over with a great pedigree along with JP,” Risdon said.

“He works well with us, he’s come in and has set high standards for us to keep. The way he wants us to play is very disciplined and we go out and we know our role each week.

“I feel really good with my body and there’s still a month to go until the start of the season. We’ll have a semi-final and a few friendlies before the season starts, so we’re in good stead.”