France have been drawn to face Ukraine in the European qualification play-offs for the 2014 FIFA World Cup.

In the other two-legged matches, Portugal will take on Sweden, Greece play Romania and Iceland face a meeting with Croatia.

France narrowly missed out on being seeded for the draw, which took place on Monday at FIFA headquarters in Zurich, as a result of their world ranking.

The 1998 champions qualified for the 2010 tournament through the play-offs, winning in controversial circumstances as Thierry Henry handled the ball in the build-up to the winning goal against the Republic of Ireland, while Ukraine have only reached the finals on one previous occasion.

Portugal will be taking part in the play-offs for a major tournament for the third consecutive time, having beaten Bosnia and Herzegovina to reach both the 2010 World Cup and UEFA Euro 2012, while Sweden are aiming to make a return to the competition after missing out on a trip to South Africa four years ago.

Iceland have the opportunity to become the smallest nation ever to qualify for the FIFA World Cup, and will fancy their chances against a Croatia side who failed to record a victory in their final four Group A fixtures.

In the final fixture, Romania, who have not made it to the finals since 1998, take on Greece, who missed out on automatic qualification from Group G on goal difference.

The first legs of each tie will be played on November 15, with the reverse fixtures taking place four days later. 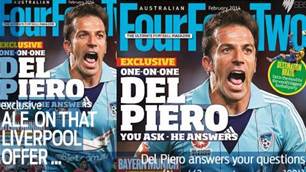 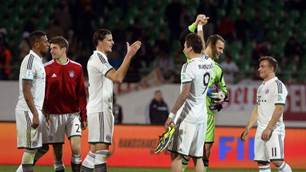 Bayern on another level, says Beckenbauer