The U17 World Cup will kick-off tomorrow morning Australia time, 24 nations fighting it out to be crowned the princes of international U17 football in Brazil.

The competitors have been sorted into six groups for the tournament, with each group’s top two finishers set to automatically qualify for the round of 16. The four best third-place finishers will also advance to the Round of 16.

From that stage, matches that end without a winner after 90 minutes will go straight to penalties.

Australia – looking to one better than their final defeat at the 1999 edition of the tournament – have been drawn into Group B for the tournament alongside Ecuador, Hungary and Nigeria.

How They Qualified: Australia’s U17s, known as the Joeys, qualified for Brazil 2019 as one of four representatives of the Asian Football Confederation – the other three being Japan, South Korea and Tajikistan.

Going down 3-0 to South Korea in their opening game of the AFC U16 Championships, Australia bounced back with wins over Iraq and Afghanistan. A come-from-behind, 3-2 win over Indonesia in the quarterfinals then confirmed their place at Brazil 2019.

U17 World Cup Record: Australia enter the U17 World Cup as, according to FIFA’s rankings, the ninth-best nation in the competition’s history. The Joeys have qualified for the U17 showcase 12 times since it began and have reached the knock-out stages on eight occasions.

The Joeys’ best result came at the 1999 tournament in New Zealand, when the side reached the final before losing in a penalty shootout to Brazil.

One to Watch: Noah Botic

The 17-year-old was Australia’s leading scorer at the AFC U16 Championships, finding the back of the net on five occasions. Spending the past few seasons at NPL NSW side Rockdale City Suns, Botic recently spurned interest from boyhood club Manchester United to sign with German club Hoffenheim. 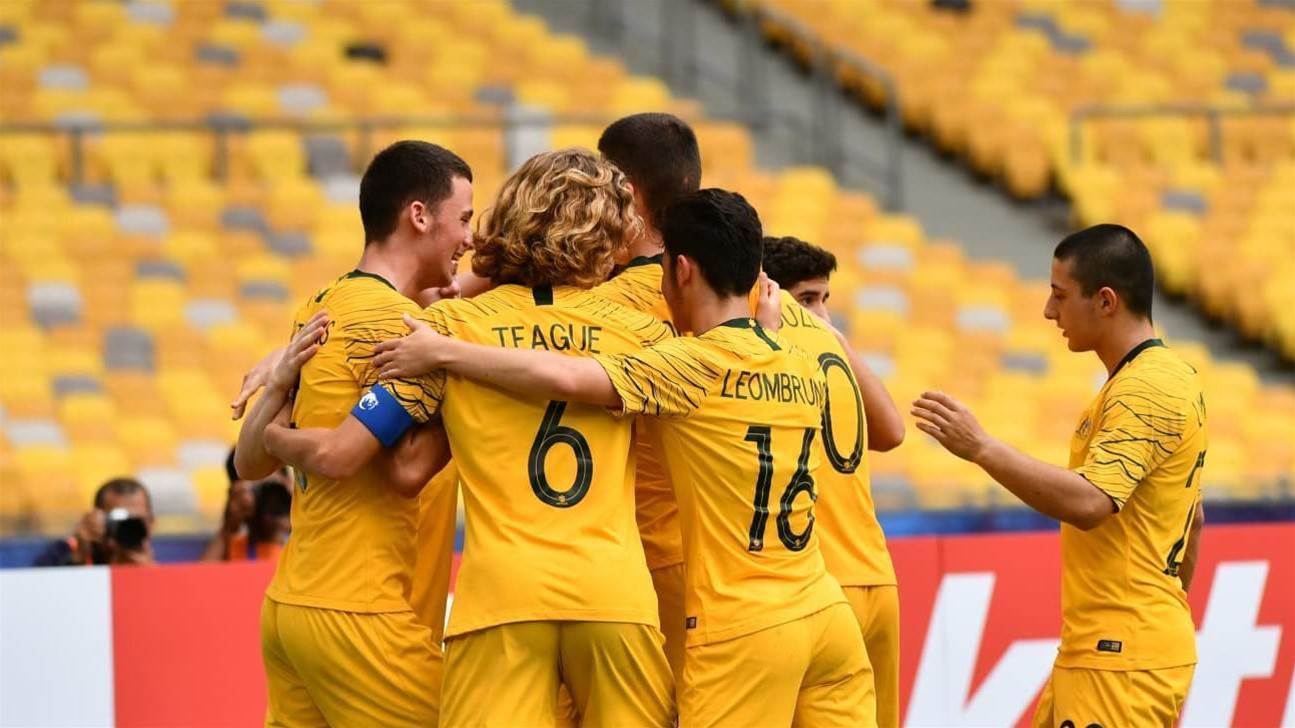 How They Qualified: The final side from South America to secure their place at the World Cup, Ecuador twice avoided elimination by the skin of their teeth on the road to Brazil 2019.

Advancing through to the second round of the South American U17 Championships as the third and final qualifier from Group A, the Ecuadorians then found them staring down the barrel of elimination ahead of the final stages’ final match-day.

Entering the slate of games two points adrift of fourth-placed Uruguay and two goals back from fifth-placed Peru, Rodriguez’s squad was somehow able to put four goals past eventual champions Argentina and book their place at the World Cup after Peru defeated Uruguay 3-2.

U17 World Cup Record: Ecuador will competing in the fifth U17 World Cup at Brazil 2019 with the omens baring well for their success: La Tri having advanced to the quarterfinals on both occasions they’ve competed at a South American-hosted U17 World Cup.

One To Watch: Johan Mina

Attacker Mina, who plays for Ecuadorian side Club Sport Emelec when at clubland, netted six times during the hyper competitive South American qualifiers, including a vital brace against the Argentines in the final game.

The youngster possesses enough talent that European giants FC Barcelona will reportedly having their scouts observe his performances during Ecuador’s time in Brazil.

How They Qualified: Despite going undefeated through the group stages of the UEFA U17 Championships in Ireland, the Hungarians were forced into a do-or-die playoff against Belgium in order to secure a place at Brazil 2019 after going down in a penalty shoot-out to Spain in the quarterfinals.

Luck was on their side against the Belgians, however, as the junior Magyars were able to triumph in their second shootout in as many games to secure a World Cup berth.

U17 World Cup History: 2019 marks just the second time that the Hungarians have progressed through to the U17 World Cup, their only other appearance coming in the tournament’s first iteration in 1985.

Despite going undefeated to top a group also featuring Brazil and Mexico, the Hungarians were unable to continue on through the knock-out stages in China; downed 3-1 in the quarterfinals by Nigeria.

One to Watch: András Németh

With Borussia Monchengladbach defender Roland Bekker set to miss the World Cup due to injury, striker Németh will be relied upon to shoulder even more of the load for the Hungarians in Brazil.

The fledgling star is already pushing for senior minutes at club side Genk and was a standout performer for the Hungarians in both qualifying and preparation.

How They Qualified: One of four sides that will be representing Africa at the World Cup, Nigeria advanced to the semi-finals of the 2019 U-17 Africa Cup of Nations – securing their place at Brazil 2019 – before going down to Guinea in a penalty shootout.

Though then would then suffer a 2-1 defeat at the hands of Angola in the third-place playoff at Tanzania’s National Stadium in Dar es Salaam, the omens are not necessarily poor for the Golden Eaglets; Nigeria winning the 2015 U17 World Cup after finishing fourth in African qualifying.

U17 World Cup History: Without a doubt, Nigeria is one of the biggest powerhouses in junior international football; making the final of the U17 World Cup on eight occasions and winning the tournament entirely five times.

Winners in three of their four most recent trips to the tournament – they were defeated on home soil by Switzerland in the final of the 2009 iteration – the Golden Eaglets have only failed to progress beyond the group stages of the U17 World Cup once; at Finland 2003.

One to Watch: Adrian Akande

A dynamic winger, Akande has been on the books at European giants Chelsea since he was 12 years old – making the leap from Crystal Palace. He has recently received interest from Tottenham, Celtic, Rangers and West Ham – spending time with the Hammers U23 squad whilst on trial – but, for now, remains with the Blues.