A-League aspirants South Melbourne FC have been accused of wage theft by current and former players and staff.

Former South utility Liam McCormick is currently with Dandenong City SC with NPL VIC 2 and has alleged he is owed money to this very day after leaving in 2017.

McCormick left Bentleigh Greens to join South last year but only lasted half a season.

“It didn’t quite work out at South and (Director of Football) Nick Maikousis said he was more than happy for me to leave,” McCormick told FTBL.

“When I did the release papers they said I’d be paid in full, I was owed roughly six weeks. They promised it would come in when the boys were up to date as the whole team wasn’t up to date at the time and I waited and waited. 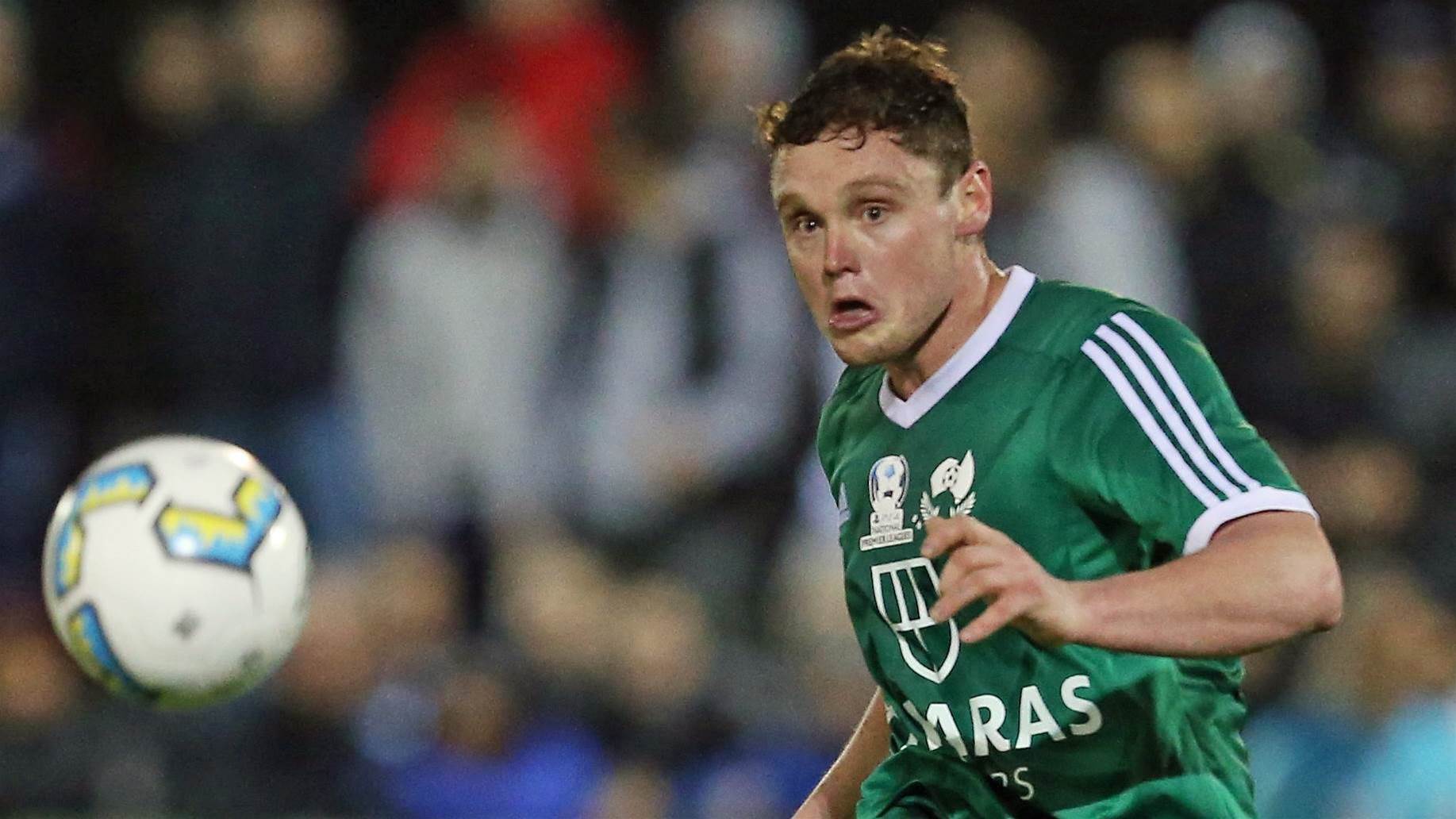 McCormick in his Bentleigh days

“I got in contact with a few of the boys that were still at South who told me they got paid. I then phoned Nick and he just never got back to me.

“It became an inside joke at the time, saying ‘I wonder if I’ll get paid this week?’.

“I have a lawyer in contact with him and he just told him ‘yeah he’ll get paid’ and it just got to the point where the lawyer was going to cost too much. For the sake of getting paid, it just wasn’t worth it.

“I left Bentleigh with a bit of ambition to win things which is why you go to South, then you work out it’s a bit fake. They promise you everything, but they don’t come through with it. You’re disappointed, but you live and you learn.

“When you look at South Melbourne with the facilities and ambition they’ve got, you think they’d try to tick every single box as they’re going, but for some reason they haven’t.”

“I was let go by South Melbourne in August 2017 and they had not paid my super for that whole 18 months,” Donato claims.

“I told them you owe me this much from when I started to when I finished.

“I waited for three months and I went to the ATO with an application saying I hadn’t had my super paid. They’ve acknowledged that and how much I’m supposed to have.

“As of March this year, it’s currently sitting at debt collection stage, but nothing has come through yet.” 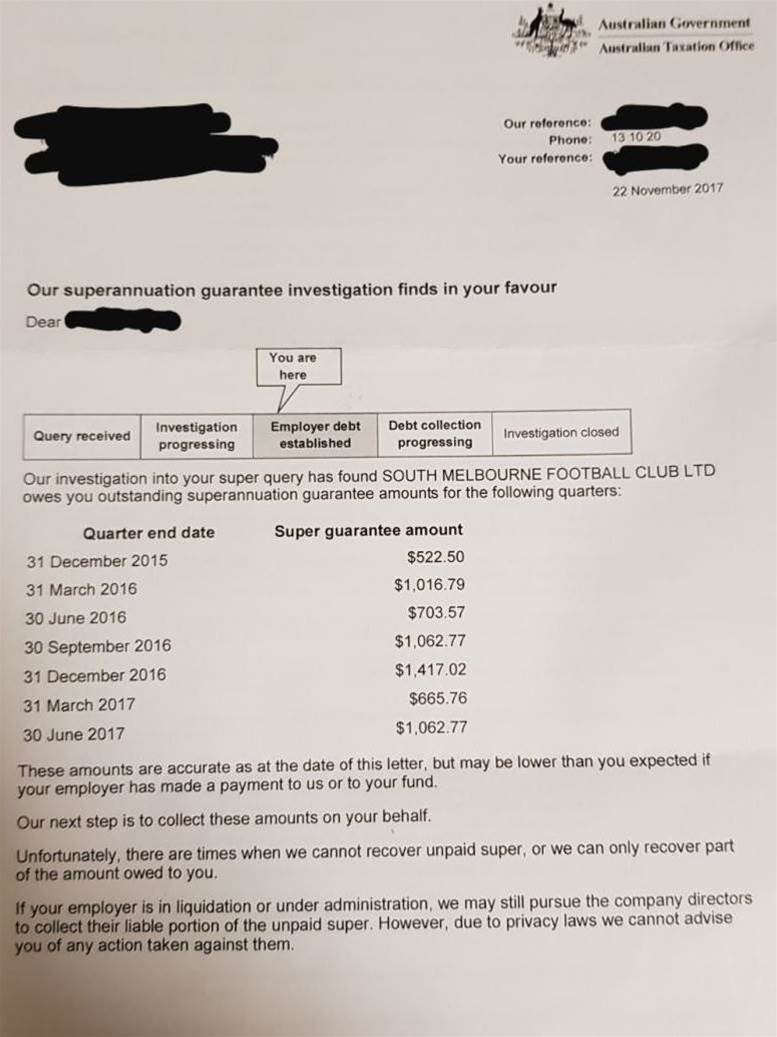 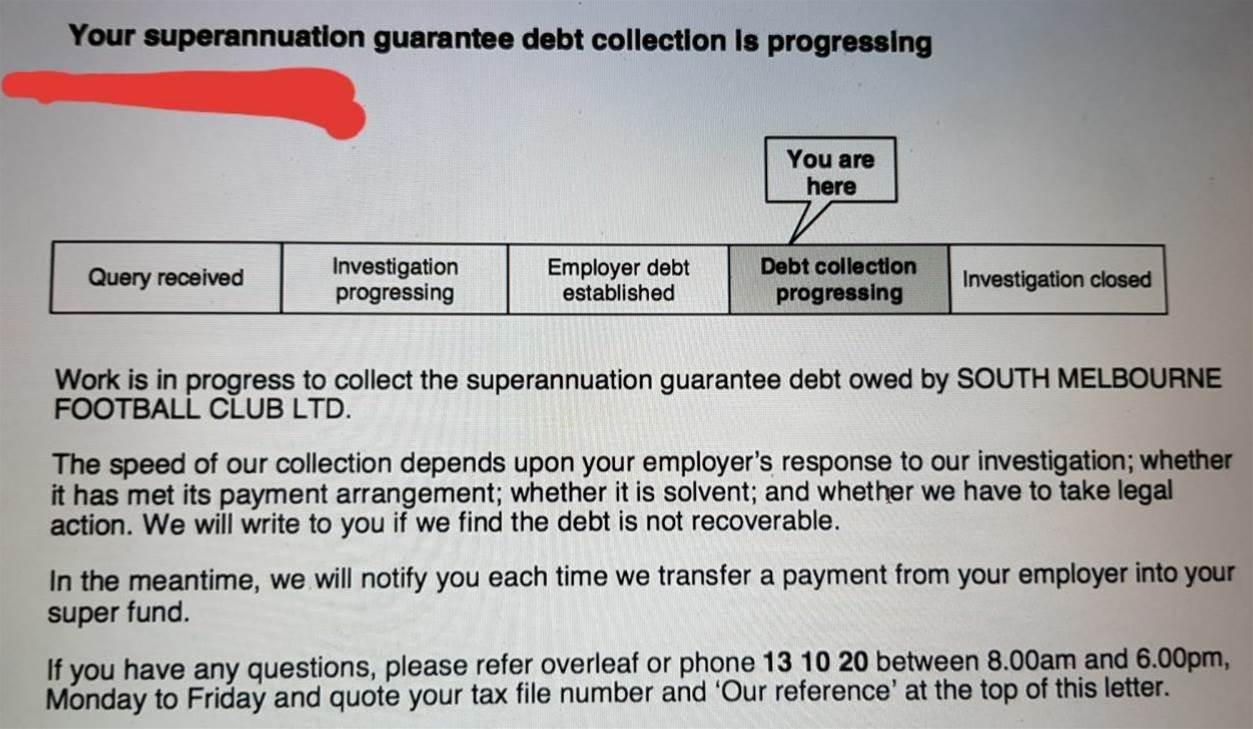 Donato claims she is owed super by South. Photo supplied by Donato

Donato said she was in charge of paying staff at the beginning of her time with South Melbourne and claimed that she found herself stalling employee payments.

“I couldn’t make a payment unless it was approved by the president,” she said.

“So I’d be harassing him telling him I have employees emailing me that they haven’t received payment and the president would tell me to ring them up and tell them an excuse.

“I was embarrassed about it, there was so many times I was so embarrassed to tell people we had to hold off paying them or that it would be an extra week or that it was coming.

“People need to get paid for their time, it’s bullshit. There’s so many occasions where people have not been paid for things that have been ordered by South and they come up with bullshit excuses.

“I didn’t want to go down this path of naming and shaming, but I’ve got no choice. I’ve worked hard and my super is my super and I’m owed that, I’ve worked for it and it’s mine.

“It’s really sad that the people that suffer from a story like this are the supporters, the players and the club over the stupidity of the board members.”