With the Mariners having made the A-League Men's finals for the second year running, manager Nick Montgomery sat down with FTBL analyst Adrian Deans to discuss a life in football.

AD: What do you remember about growing up in Leeds? Do you still have any friends from those days?

NM: I came from a working class family, obsessed with football, and dreamed of nothing more than playing for Leeds United at Elland Road. There was nothing else for me but football so I was extremely fortunate in my parents who drove me all over the countryside to play, and then I signed for the Leeds academy when I was only 10 years old.

I was fortunate in other ways also – football was my entire focus so I wasn’t mixed up with the activities that some of the other local lads were into, like nicking cars and anything else that wasn’t nailed down. Football and crime were the main options for our very tough area of Leeds.

AD: Having been a boyhood fan and part of the academy for six years, how did it feel playing against Leeds?

NM: I spent six years at the academy, but by the time I was 16 and looking towards my professional future, there was a sudden influx of foreign players and things became a little uncertain. I also had glandular fever at that time so missed quite a lot of training and when I asked for a guarantee that I was in their plans, they couldn’t give it to me.

So my mum started writing letters to other clubs asking for a trial, and Sheffield United rang and asked to see me play. I had just one game in front of their Reserves coach and he offered me a scholarship contract on the spot, which I signed happily.

I then went on to have a fabulous career at Sheffield United (the Blades).

âª ON THIS DAY 2005
😍 The Blades beat @LUFC 0-4 at Elland Road with goals from @DanielWebber81, Nick Montgomery and a brace from Andy Gray.#sufc #twitterblades 🔴âšªï¸âš”ï¸ pic.twitter.com/RvkRLivK04

AD: Sean Bean is famously Blades supporter Number One, did you ever get to meet him?

NM: I’ve met Sean many times. Lovely bloke who would always appear like magic in the changerooms after a match.

AD: What was your greatest ever moment as a player in England?

NM: Without a doubt, promotion to the EPL after just missing out a couple of times. We had a fantastic bunch of lads with a brilliant team spirit, and to win promotion with them was something I’ll always cherish.

AD: Looking in from afar, I’m guessing a truly unified team spirit is a rare thing in professional football when every player (and his agent) has an agenda?

NM: I’ve been fortunate enough to have been part of some fantastic dressing rooms, but I’ve seen the other side also. It’s very much down to the manager because your group behaviours are your biggest strength, or weakness. When you’re dealing with a big squad, keeping everyone happy can be difficult so the manager has to set the tone. If he gets it wrong then a dressing room can become divided and there is nothing worse.

AD: Were you aware of the A-League before coming here?

NM: Yes, Sheffield had shares in the Mariners so I knew about the club. I remember a young Trent Sainsbury coming over for a bit of a trial and was impressed that Australia was producing players like that. Also, I’d always been interested in playing in either Australia or the US towards the end of my career and when I asked about it, I was suddenly in a conversation with Graham Arnold, and only two weeks later I was on the Central Coast.

AD: What was attractive about coming to Australia?

NM: The Central Coast has to be one of the most beautiful places in the world to live. I couldn’t believe where I’d found myself.

AD: What were your first impressions of the club and of the football?

NM: I knew they were desperate for success after some near misses, and Arnie painted an attractive picture of what he wanted to do with the team. It was pretty infectious, his approach to building for success, and the standard of football was surprisingly good.

AD: You played in a pretty amazing Mariners side in 2012/13…one of the best ever in the A League…

NM: Definitely. You only have to look through the players list for that season, it’s full of Australian legends. 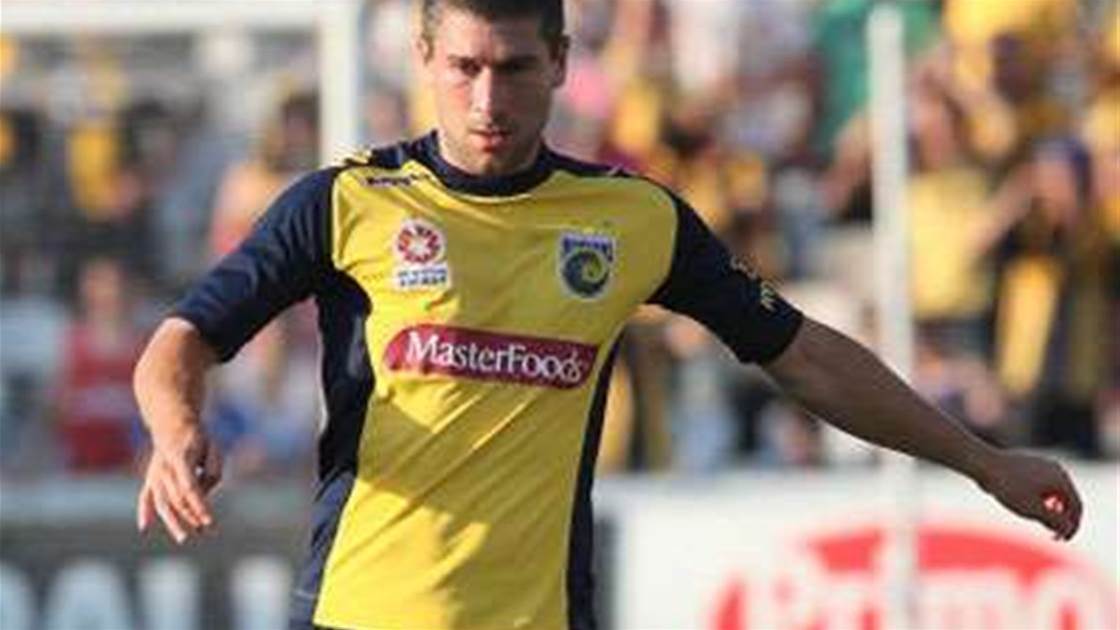 AD: What would you say was key to your success that year?

NM: My partnership with Hutcho at the base of midfield was, for me, one of the most enjoyable factors of that season. But look at the players around us… Patrick Zwaanswijk, Trent Sainsbury, Maty Ryan, Tommy Rogic, Danny McBreen winning the Golden Boot. Other seriously intelligent players like Michael McGlinchey and Mile Sterjovski… Pedj and Rosie…

AD: I felt terribly sorry for you in 2013, you must have been gutted missing that Grand Final…

NM: Strebre Dilovski apologises every time I see him for that. At the end of the semi final he gave me a pointless yellow card for the smallest of misdemeanours, and that was it. No Grand Final, but I got over it. I played just about every game that year so I definitely played my part.

AD: A League fans are always arguing about comparison with other leagues. How well do you think that team might have competed in England?

NM: I get asked that question all the time, but it’s impossible to make a true comparison given the different playing conditions, budgets and squad sizes. That team was fantastic, by Australian standards, and would certainly have been competitive in the bottom half of the English Championship.

The thing is, Arnie put a great squad together but it came at a cost the Mariners couldn’t quite afford. Peter Turnbull spent a lot of his own money and couldn’t afford to spend any more. Mike Charlesworth saved the club.

AD: I heard that Arnie put his hand into his own pocket on occasion to pay players…

NM: I think that’s right, but he wasn’t the only one. A few of us more senior players deferred our own wages occasionally so the younger boys could get paid, but everyone did receive their full entitlements eventually. 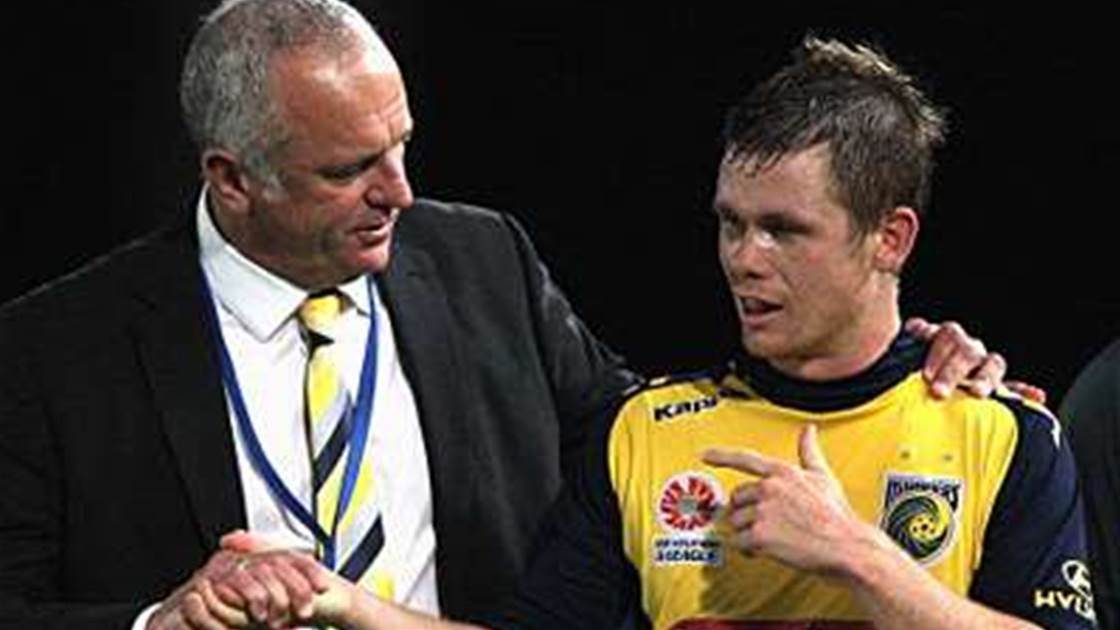 AD: The Mariners went through some very dark times after 2013. Was there a particular low point for you?

NM: After Arnie, and then Mossy left, there was a major failure of recruitment. Young players were thrown in who weren’t good enough for the A League. Players were brought in from elsewhere who were just journeymen doing the rounds of the clubs and all they were doing was getting in the way of young players who might otherwise have had a decent career. It was so frustrating, and it becomes a vicious circle… when a club’s not doing well, the only circuit breaker to bring good players in is money. We didn’t have any so we went year after year not being able to compete.

AD: When did you know you wanted to be a manager?

NM: Around the age of 30 I knew I wanted to stay in the game, so that meant doing my coaching licences. I finished my UEFA A license by the end of my playing days and got my UEFA Pro during Covid.

AD: Do you have a basic philosophy about how the game should be played?

NM: I don’t like the word “philosophy”. I much prefer “values” and “principles”, which for me are hard work, integrity and unselfishness. Those are the things which will inspire unity and the right attitude for building success. 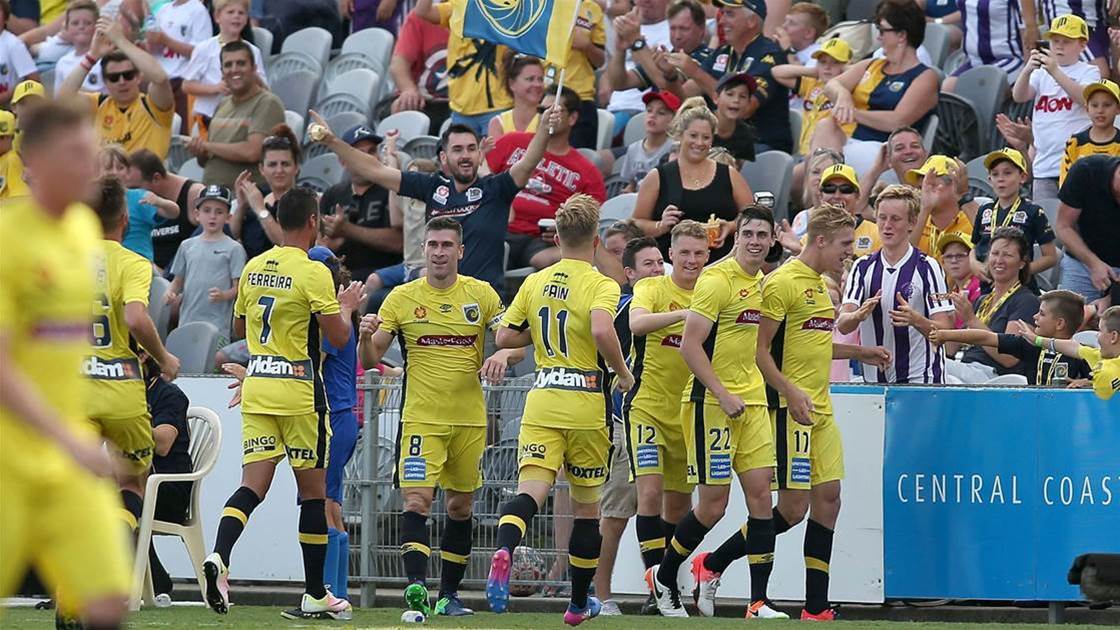 AD: But don’t you have a point you want players to learn when you run drills at training?

NM: Of course. I’ve been fortunate in discovering Sergio Raimundo who is an exceptional coach. He is the main instigator of training exercises and is really talented at translating the “values” and “principles” into playing strategy. Everything we do at training is all about instilling the way we want to play, in every situation, into the players so it all becomes second nature for them on game day.

AD: Going from the academy to first team coach, in some ways it’s the perfect preparation…

NM: Absolutely. It’s exactly the preparation I wanted when I decided to retire as a player in 2017.  Paul Okon gave me the under 16s, then Alen Stajcic gave me the NPL squad and that’s where I discovered myself as a coach. And we were very successful, winning titles against men.

AD: As head of the academy, what were you looking for in a young player?

NM: Potential. I wanted players with the right raw ingredients that could be turned into first team players. I developed a scouting network across Australia which is exactly how we got the Kuol brothers. In fact, it’s something I pride myself on – being able to spot and develop a player. That’s something I learned from the Sheffield United academy who went about things the right way.

Montgomery in no rush to recall Bozanic