The day we were all waiting for finally came and went, with no one bar a few possibly tight-lipped FFA board members any the wiser.

After a five hour boardroom meeting, FFA has delayed the announcement of two successful expansion bids, with a decision now expected to be announced at a press conference at 12pm tomorrow (AEST).

So FFa board meeting finished close to 8pm. No announcement until midday tomorrow. Supposedly None of the bidders have been informed of any decision. Count down minus 15 hours

Many pundits are backing Team 11, Canberra, West Melbourne and Macarthur South West Sydney as the frontrunners at this late stage, but it's still possible that no decision will be made, or expansion could be delayed until a later stage.

A key pillar of their bid was the promise of an element of community ownership, in a similar model to that of the German Bundesliga, in combination with financial backing from Lang Walker, CEO of the Walker Group.

Team 11 are set to build a 20,000 seater 'Dandenong Stadium' with funding from the Victorian state government and centered their campaign largely around the community benefits of a professional sports club in the Dandenong region.

Macarthur joined forces with South West Sydney FC before the FFA cut down expansion bids into a six team shortlist, while they also rejected a reported $20 million offer from Hong Kong-backed Southern Expansion to merge before the announcement.

Macarthur - which will represent South West Sydney - is backed by the Campbelltown City Council, while Team 11 is a three-way effort between Casey, Dandenong and Cardinia Shire Councils and will represent the Greater Dandenong region.

The Canberra A-League bid would be based at the 25,000 capacity GIO Canberra Stadium, a rectangular stadium that they will share with NRL club the Canberra Raiders.

Like the Macarthur South West Sydney bid, Canberra will follow a fan-owned model. The bid have announced plans to build a $30 million training facility in the nation's capital if successful.

West Melbourne originally began life as the Geelong-based bid Victoria Patriots, which quickly folded in favour of a bid based in the broader Western suburbs of Melbourne.

The bid retained a low public profile throughout the expansion process, but announced a privately funded plan for a 15,000 seater stadium in Melbourne's west, backed by Wyndham City Council.

Southern Expansion and South Melbourne FC are the other two bids remaining in the six bid shortlist.

Get a full run-down of what one, two, three or four extra teams would mean to the competition here. 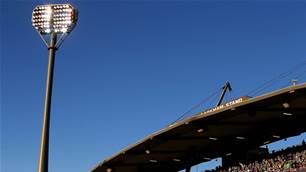 Four, Three, Two, One - Expansion in a nutshell