Cesc Fabregas has urged Eden Hazard to commit to Chelsea, upon the club’s first 24 hours in Australia after arriving in Perth last night.

The FA Cup winners will play Perth Glory in a pre-season friendly on Monday night at Optus Stadium, with Sarri admitting he’s unsure what to expect from his players having only been appointed four days ago.

Fabregas was more direct when asked about Belgian team-mate Hazard, who isn't in Australia after World Cup duty.

Hazard still has two more years on his Chelsea contract, but has been heavily linked with a big-money move to Real Madrid.

“I won’t lie, I speak to him. I think he’s our best player,” Fabregas said.

“I think Chelsea needs to keep their best players. We are a top club. We want to be a top team.

“We want to win things and for that you need your best players. Eden is one of them.

“He knows everyone loves him, the players, the fans, the club. We need him. He knows that, that’s for sure.

“I don’t know exactly what’s in his mind. From our point of view, he’s a very important player for us.

“He’s a player that we all want to play with especially me.

“Hopefully Eden decides for us. For us he’s our most important player. We want him to stay.” 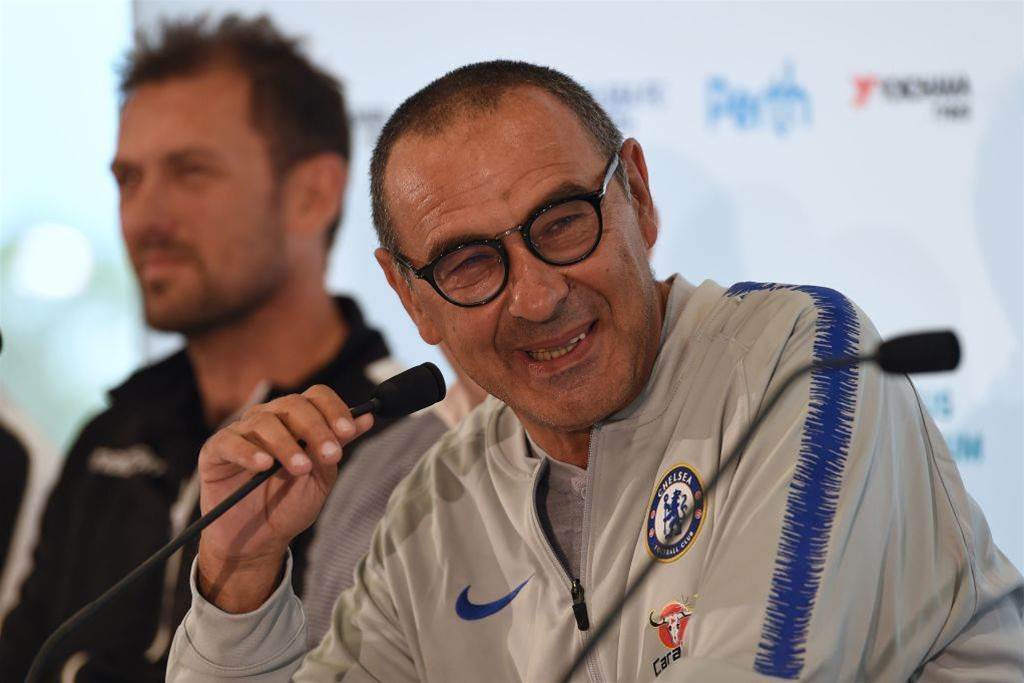 Chelsea will have seven training sessions in Perth during their short stay, as Sarri begins to put his stamp on the side.

The new manager, though, said he wasn’t sure what to expect from his players on Monday night.

“I think at this moment for us it’s very important to work,” Sarri said.

“I started on Monday so I have little time before the first official match.

“For us now it’s very important to work in training more than a match. But it’s clear we want to play as good a match as possible.

Chelsea will hold an open, free training for supporters at the WACA Ground from 6pm-7pm on Saturday.